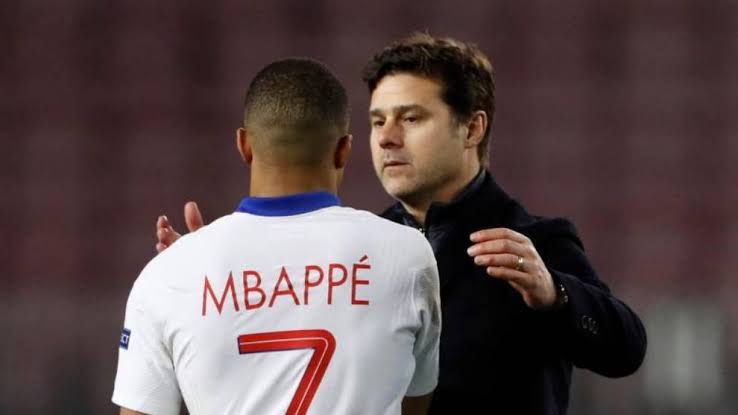 Following PSG’s 4–0 win over Clermont Foot in the Ligue 1 on Saturday, manager Mauricio Pochettino heaped praise on Kylian Mbappe, and added that the Frenchman has plenty of love for the Parisian club, after he was booed by fans.

“Mbappé is a great professional. He’s a very great player and a good boy, he has a lot of love for this club. Kylian has always shown it since he has been here,” Pochettino told RMC Sport.

Pochettino’s comments are in response to the fans’ reaction towards Mbappe during their match against Clermont Foot. The French forward was booed and whistled from certain sections of the crowd at the Parc des Princes – disappointed that the 22-year-old failed to pledge his future to the club with just a year left on his contract.

Mbappe had rejected contract-extension offers from PSG during the transfer window, with reports stating that the young striker had his sights set on a move to Real Madrid.

PSG, however, refused to sell and Mbappe will spend the rest of the season with the club.

The 22-year-old has registered four goals in five appearances for PSG this season. He scored the third goal in PSG’s home win over Clermont Foot.