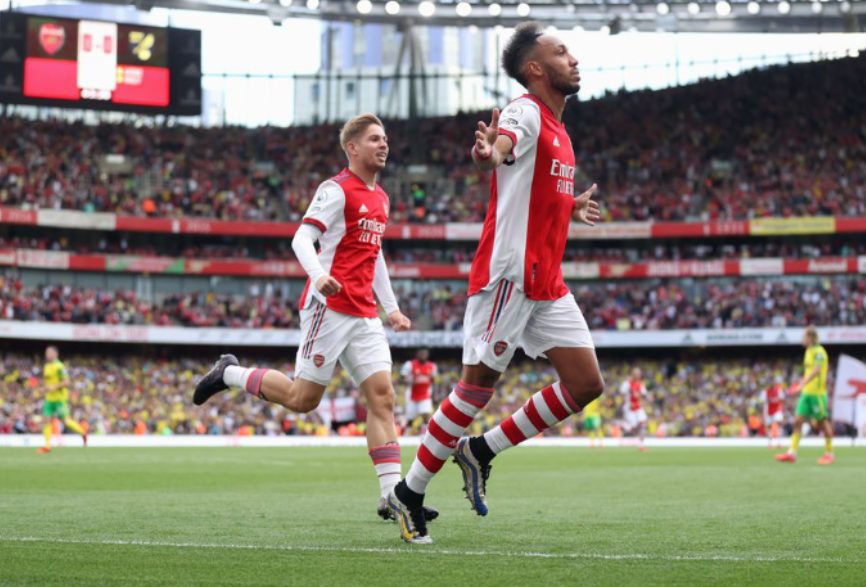 Arsenal snapped their three-game losing streak in the Premier League with a 1–0 victory over Norwich at the Emirates on Saturday, and goalscorer, Pierre Emerick Aubameyang has expressed how delighted he is.

“I’m just really happy,” Aubameyang, who scored in the second half, said. “The first three points of the season. It was tough weeks so we had to make sure we won this game in front of our fans. The most important thing today was to play with pride and that’s what we did.”

The Gabonese striker revealed that they had it tough during their bad run, which saw them register zero goals, but says they were prepared to turn things around.

“It was really hard,” he said on Arsenal’s start to the season. “When you lose games as players we are the first to be touched inside. We had 10 days to prepare ourselves and to change things and this is what we did.

“Today we made sure we won this game and took three points.”

Arsenal will travel to face Burnley in the league next weekend.