“I threw a pillow against a table, and the lamp fell to the floor” – Boateng denies assaulting ex-girlfriend 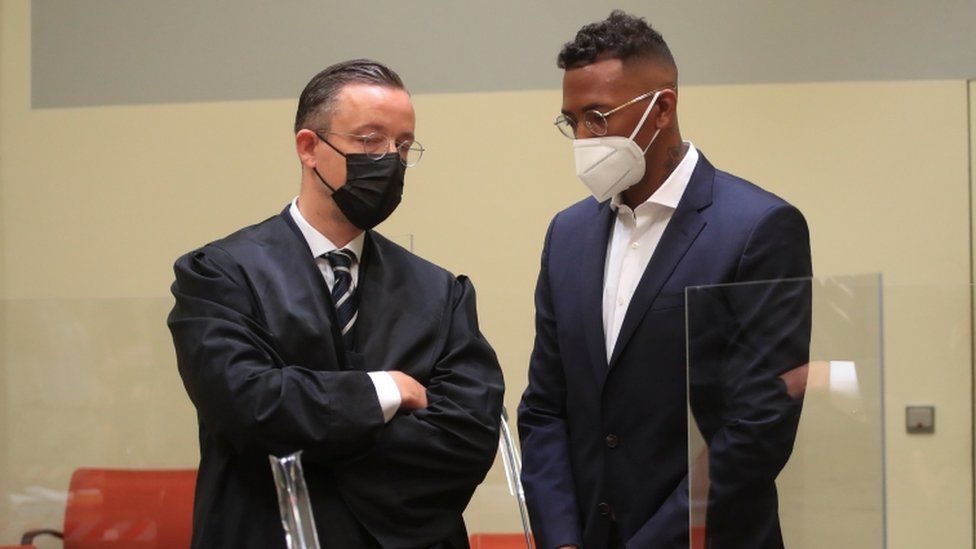 German footballer Jerome Boateng appeared in court in Munich on Thursday over allegations he assaulted his ex-girlfriend in 2018.

Prosecutors accused the former Bayern Munich defender of wilful bodily harm, saying he threw a lamp and a small cooling box at his former partner during the alleged assault in the Caribbean in July 2018.

Boateng has denied the allegations.

The player described a different version of events, saying he did not assault his ex-girlfriend. He said he and his ex-girlfriend had an argument after tensions escalated during a game of cards.

He added that his former partner had become aggressive and insulting, injured his lip and hit him. When he tried to push her away from him, she fell.

The 33-year-old World Cup winner said he threw a pillow against a table, and the lamp fell to the floor.

Boateng moved to French Ligue 1 team Lyon on a free transfer last month after his contract at Bayern expired.

If convicted, he could be fined or jailed for up to five years.