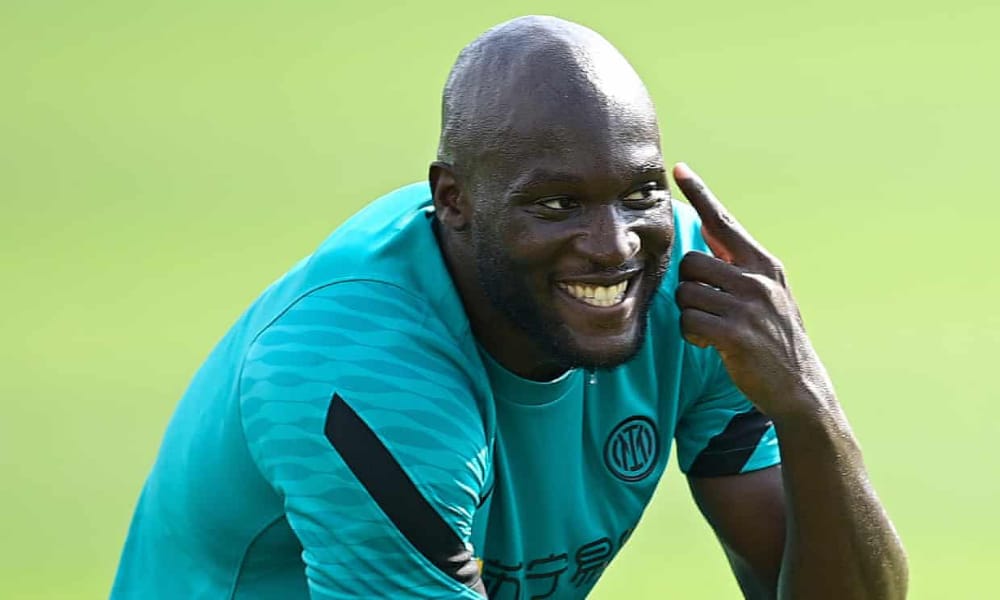 Chelsea are likely to return with an improved offer for Romelu Lukaku after having a bid of €100m (£85m), including Marcos Alonso, for the Belgium striker turned down.

Thomas Tuchel is keen to sign a striker and Lukaku is seen as a more realistic target than Erling Haaland, who is likely to remain at Borussia Dortmund for another season. Internazionale are determined not to lose their top asset but Chelsea hope the Italian champions will be forced into a sale because of their financial difficulties.

There is a feeling that Chelsea’s pursuit could be successful if they raise their offer to €120m. Inter are believed to want a straight cash deal rather than one involving players in exchange.
Lukaku played a key role in Inter winning Serie A, scoring 24 goals and registering 11 assists. The 28-year-old has blossomed into one of the world’s top strikers since leaving Manchester United for Italy in 2019 and is seen by Tuchel as a player who could turn Chelsea’s inconsistent attack into one capable of challenging for the Premier League title.

Chelsea have also looked at a deal for Haaland but have received little encouragement that Dortmund are going to shift their stance on the 21-year-old. Dortmund are under little financial pressure after selling Jadon Sancho to United for £73m and it is likely to take an enormous offer to make them consider parting company with Haaland.

Chelsea, who have put Tammy Abraham up for sale, need extra firepower after selling Olivier Giroud to Milan. They have monitored Bayern Munich’s Robert Lewandowski and are interested in Harry Kane. However they acknowledge the chances of Tottenham selling to their London rivals are almost non-existent. That leaves Lukaku as the most attainable target.

Inter, who have sold Achraf Hakimi to Paris Saint-Germain for up to €70m, need to raise funds and there were doubts over Lukaku’s future after the departure of Antonio Conte as manager in May. However Lukaku, who had a spell at Chelsea before being sold to Everton in 2014, remains happy at Inter.
He has held productive talks with Simone Inzaghi, Conte’s replacement, and there are few signs that he will push for a move, placing the onus on Chelsea to make Inter an offer too big to turn down. The deal could be harder to pull off if Inter raise funds by selling their Argentinian forward Lautaro Martínez, who has been linked with Arsenal.

Chelsea need to lighten their squad and are open to selling Alonso, with the left-back not a regular under Tuchel. Abraham, a target of Arsenal and West Ham, is valued at £40m by Chelsea and is the subject of growing interest from Aston Villa. The striker impressed during a loan spell at Villa in the 2018-19 season, helping them win promotion to the Premier League, and Dean Smith is considering a reunion with the England international.

Villa will be in the market for attacking reinforcements if Jack Grealish completes a £100m move to Manchester City and his sale could give them the funds to meet Chelsea’s asking price for Abraham.

Chelsea remain in talks with Sevilla over a deal for Jules Koundé. They are yet to reach an agreement over a fee for the France centre-back and are likely to need to sell a defender to make the transfer happen. Kurt Zouma is available and has been offered to Sevilla as part of a deal. However Zouma would prefer to stay in London and has been targeted by West Ham, who are also interested in the Fiorentina defender Nikola Milenkovic.
Callum Hudson-Odoi is determined to fight for his place at Chelsea. Reports have suggested the club will listen to offers but the winger is not pushing to leave. Hudson-Odoi, who signed a five-year deal worth £120,000 a week in September 2019, has been targeted by Bayern Munich on several occasions.

Arsenal Makes Move For Maddison And The Leicester Midfielder Is Willing To Join The Gunners
OFFICIAL: LIONEL MESSI TO LEAVE BARCELONA