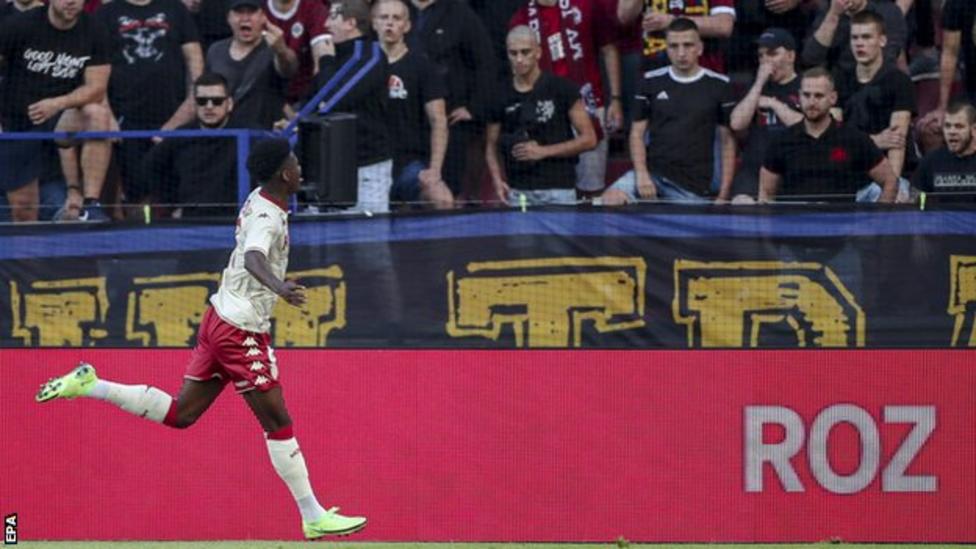 The incident took place as the French side beat Sparta Prague 2-0 in the first leg of the Champions League third qualifying round in the Czech capital.

“We are all very sad and disgusted that it continues in the 21st century,” Kovac said.

The return leg in Monaco takes place next Tuesday.

France Under-21 player Tchouameni scored the opener for the Ligue 1 side with a header in the 37th minute before German striker Kevin Volland doubled their advantage in the second half.

Following Tchouameni’s goal, the 21-year-old and his team-mates ran over to Kovac and Uefa officials – including English referee Michael Oliver – to complain about alleged racist chanting from the crowd directed towards him.

The match was held up for three minutes as Uefa protocols were followed by Oliver.

A message played on the public address system and posted on the Letna Stadium screen warned that further racist abuse would lead to the game being stopped.

Kovac added: “A football field is part of the world. Those type of attitudes have to be stopped. I hope it doesn’t happen again.

“We won the game and we also won against racism.”

In April this year, Ondrej Kudela, who plays for another Czech club Slavia Prague, was banned for 10 matches after racially abusing Rangers’ Glen Kamara.

The Finland midfielder was suspended for three games after being found guilty of assaulting Kudela in the tunnel after the sides’ Europa League meeting at Ibrox in March, which Slavia won.