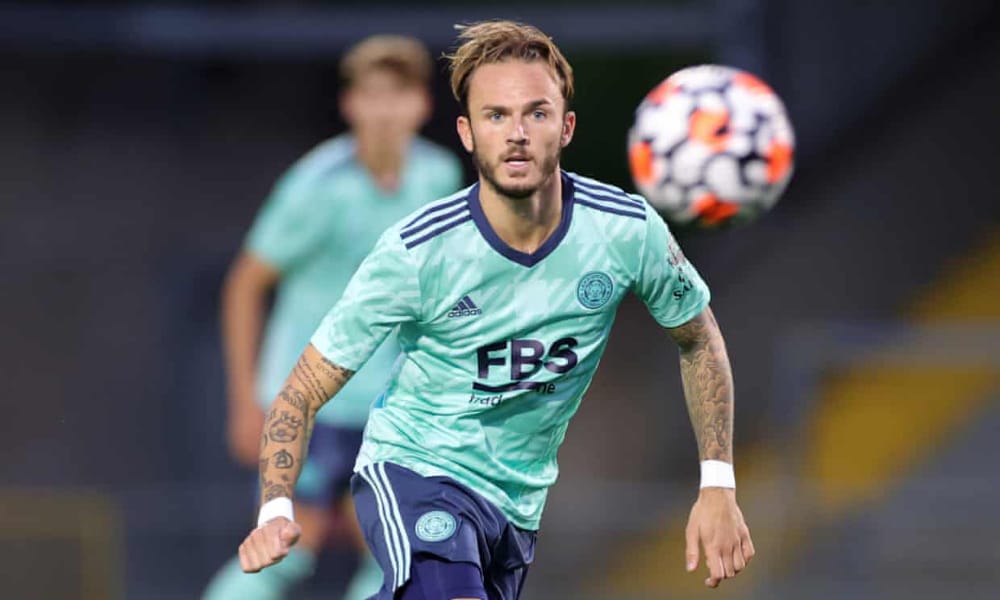 Arsenal are pursuing a deal for Leicester’s James Maddison as part of Mikel Arteta’s rebuild of his squad. The manager believes the playmaker could improve his team in the final third.

Arsenal are on the hunt for more creativity, with Martin Ødegaard having returned to Real Madrid after his loan, and are exploring whether Leicester would be open to selling one of their best players.

Arsenal, who have spent £73m this summer, may not be able to afford Maddison unless they raise funds through sales. One player not leaving is the midfielder Granit Xhaka, who has agreed a new contract to 2025 on improved terms after talks with Roma collapsed.

Leicester, who qualified for the Europa League after finishing fifth, are not under pressure to sell and it is understood they could demand at least £60m for the 24-year-old, who has three years on his contract. Arsenal could look to sweeten the deal by offering players in exchange, although there are no guarantees that would make the transfer happen.

Maddison’s openness to the switch has come as a slight surprise given Arsenal are not in Europe after finishing eighth. Leicester won the FA Cup, beating Chelsea in the final, and have built an exciting team since appointing Brendan Rodgers in February 2019. They narrowly missed out on qualifying for the Champions League last season and have added to their squad, signing Patson Daka, Boubakary Soumaré and Ryan Bertrand.

Leicester have tended to increase their budget by selling one key player each summer, with Ben Chilwell, N’Golo Kanté, Riyad Mahrez and Harry Maguire leaving in recent years.
That approach could yet lead to Maddison’s departure.

The midfielder, who missed out on England’s squad for Euro 2020, feels that moving to Arsenal would aid his development.

Arsenal have been busy this summer, signing Nuno Tavares from Benfica for £8m, Albert Sambi Lokonga from Anderlecht for £15m and Ben White from Brighton for £50m, and they want to keep building.

Maddison has emerged as one of the brightest attacking talents in the country since joining Leicester from Norwich for £22.5m in 2018.