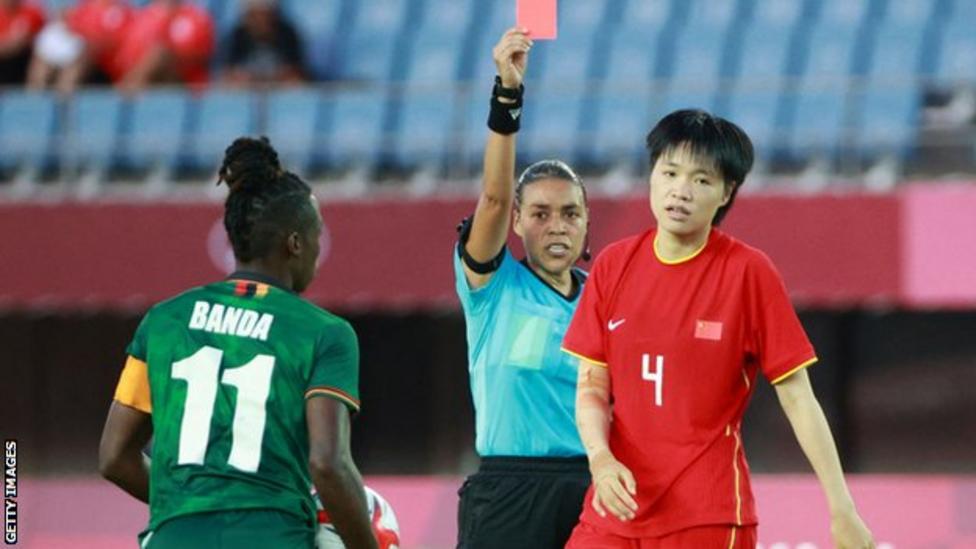 Wang Shuang scored all four for China, who had Li Qingtong sent off.

In a frantic and entertaining game, the African debutants came from 3-1 down before leading 4-3 with six minutes to go.

Wang then equalised before centre-back Li was shown a straight red card for denying Banda a clear goalscoring opportunity.

An eventful match featured two penalties, while an earlier China goal was disallowed by the video assistant referee for offside.

Both teams had lost their opening games.

•Text (except headline) from the BBC.