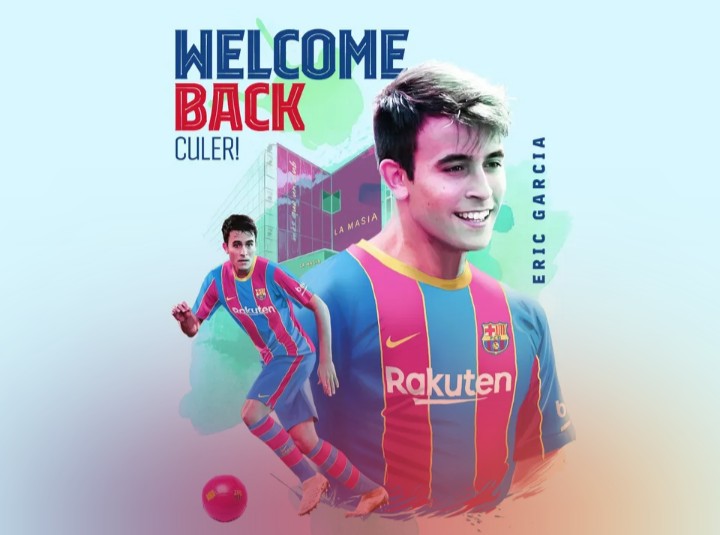 FC Barcelona have announced the return of La Masia graduate Eric Garcia to the club on a free transfer after three years away at Manchester City.

He will sign a five years contract until the end of the 2025/26 season and his buy out clause is set at 400 million euros.

The 20year old joined La Masia at the age of eight in 2008 and captained at all levels during his progress through the famous academy before leaving for Manchester City in 2017.

He won three trophies at Manchester City, Premier League, League Cup and Community Shield and was a runner-up in the Champions League final.