From $100/Month To Scoring Against Inter Milan In The Champions League: The Journey Of Peter Olayinka

Peter Olayinka is a name many Nigerians are just getting familiar with. Not a lot of people can recall seeing him on many occasions, because until recently, he has not been in the spotlights of European football.

But also, you don’t get to see many journeymen in football and when there is an opportunity to have a broader view into the career of one, it always feels special. It tells a lot to those still vying to get up there.

Olayinka made his Super Eagles debut against Brazil in Singapore. It was a short, but very worthwhile beginning, coming on the back of good displays in the UEFA Champions League.

He scored a very good goal against Inter Milan, and had a good game against Barcelona. His goal could have made history for his Czech side, Slavia Praha, as they played out a one-all draw against the Nerazurris. It marked the beginning of better things to come.

His impressive performances are not accidental. He has found himself in places favour was hard to come by, but quitting was never an option for the lanky attacker, as a chance was all he wanted, to take a good shot at having a good career in the game he truly loves.

What started out as a difficult journey soon began to have a clear path. It all started from the coastlines of Albania, Southeastern Europe, where Olayinka said he was first of all rejected, before turning the corner.

”The journey has been very difficult, and very tough. But at the same time, nothing good comes easy. You have to endure, and I think that’s the most important thing. It doesn’t come overnight, you have to have faith and believe in the process. It was really hard for me. Going from Albania to Northern Cyprus to Turkey for trials. All these were difficult moments for me. ”

The former Skenderbeu player recalls what he went through in Turkey, where he was on trial with Akhisa Baladiyespor for a whole month, waiting to get a contract. That never saw the light of the day, and he forged on with other Turkish teams who never gave a green light also. He however met another Nigerian, Aminu Umar in Turkey.

”I left Nigeria for Albania on the 21st of January, 2012. It was the Winter Transfer Window, and I signed a 3-year contract, which was not a professional contract with the youth side.

”Leaving Nigeria for Albania was strange. It was really cold. Extremely cold and I wasn’t prepared for that. There were many Nigerians there, so I got jackets from them.

”I started out to give a push, played with the youth team and fortunately, I adapted quickly, and got promoted to the senior team after just three months. I started training with the senior team and got some few chances during games. I got five minutes, ten minutes playing time, and that came after a year from the time I joined the senior team.”

Stardom and success in football comes with a lot of perseverance and Olayinka said he saw the other side of the green pasture, especially with his remuneration at the beginning of his journey.

”I was on $100 per month, for one year but there was food and accommodation. I wanted good money, but at the same time, didn’t have anything to do in Nigeria. I needed to do everything and I felt if I wanted more money, I had to do my all to earn it with performances.

”Only my close friends in Nigeria and my Nigerian teammates at the club knew I wasn’t earning big bucks. Other than those, nobody knew.

”They never owed me but the money sometimes didn’t come in due time.

”The President attempted to pay me $300 in the third month of the second year but I left Albania for Antalyaspor, Turkey for trials.

”I left to Antalyaspor for trials, trained with the second team because the professional team was on holiday. After that, stories came in, they said they wanted to renovate the buildings and stuff like that. The guy who took me there also took me to Denizlispor. I spent about a month and a week at Denizlispor, just training. I was looking for a contract because I was 17 at the time but it was difficult and it wouldn’t happen, so I moved to North Cyprus. At North Cyprus, it was like a trial as well. I played in 15 friendly games, before I was signed eventually.”

Olayinka said the story became better for him in Cyprus, as he was on a better salary. It was however, the real beginning of a path that has only toughened him up for the future. With big relief in his voice, he revealed how the journey went on from Cyprus, the disappointments, difficulties, and the moments he felt his big dream may be going out of grip.

”I was earning more in North Cyprus. I was earning $2000. That was my first good money. My team was trying to win the league so they spent good money on players like me and others.

”From North Cyprus, I told my agent I can’t sustain another season in the league. The standard was low, and my dream was big. There were no opportunities there. I said if it didn’t get better, I’d move elsewhere and that was how the guy (agent) advised me to return to Turkey. I was sceptical of Turkey, because of my age. I was 18 and I’ve never heard them sign young players in the country. They sign mature players.

”The guy told me I have good speed and skill that will attract Turkish suitors to me.

Olayinka agreed with his agent and off to Turkey they went in 2014.

” I was at Akhisa, played in friendlies and scored a goal against Turkish and Russian team. Everyone was sure I’d have a contract but I didn’t know what happened. The following morning, I just heard a call saying I have to live. That broke me. I was really down because during the camping, I was sick and I still scored.

”The agent said we should try Adana Demirspor. All through this period, accommodation wasn’t an issue. The teams where I was on trial provided accommodation for us. I had some little money with me but the agent, who is Turkish was also helpful to me.”

What footballers from the obscure scenes of Africa go through can’t be over-flogged. The story got to an emotional part for Olayinka, and he said that moment was one he really wanted to give up. It was looking like a mountain too tall to climb for him, but going back home was never an option for him, and he took his new ordeal by the chin.

”I went to Adana Demirspor, spent 5 days and trained very hard. After the last training, we had a fitness test. Very hard test which takes place under the scorching sun. I was the last man standing.

After the training, the coach called me and apologised. He said the club’s director had gone to Brazil to scout three players and the maximum was three foreigners. I thought he wanted to hail me for the great fitness I showed during the fitness training. I was the last man running because I was chasing something.

”The coach told me to keep training with them but I was really down and disappointed at that point. I called the agent and he said we should try elsewhere. I was pissed and furious. He persuaded me and said we should try the very last time.

”We were camped in Azrom before, and that was where Aminu’s (Umar) club was also camping. I flew back to Samsunspor who the guy was having advanced talks with. Akhisa had left the point because the camping was over. It was a preseason period.

”I had to travel back to Samsunspor, I was given a jersey but deep down, I was exhausted. After then, I got injured, and it was a very painful period for me. I couldn’t move and I gave up at that point. I told the agent it was time for me to go back to Albania, to retrace my steps. 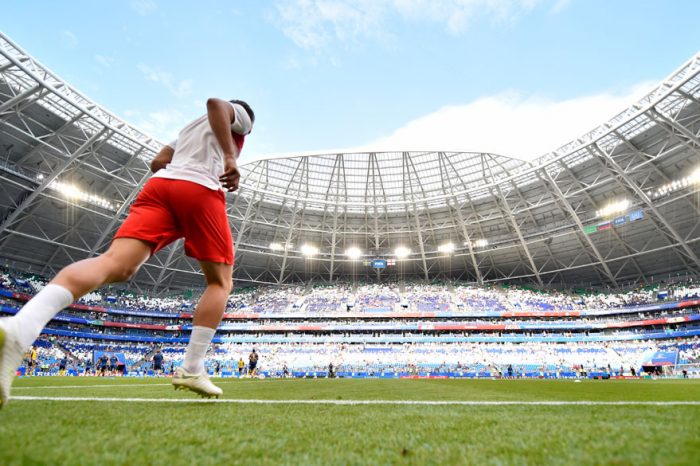 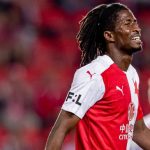 From $100/Month To Scoring Against Inter Milan In The Champions League: The Journey Of Peter Olayinka