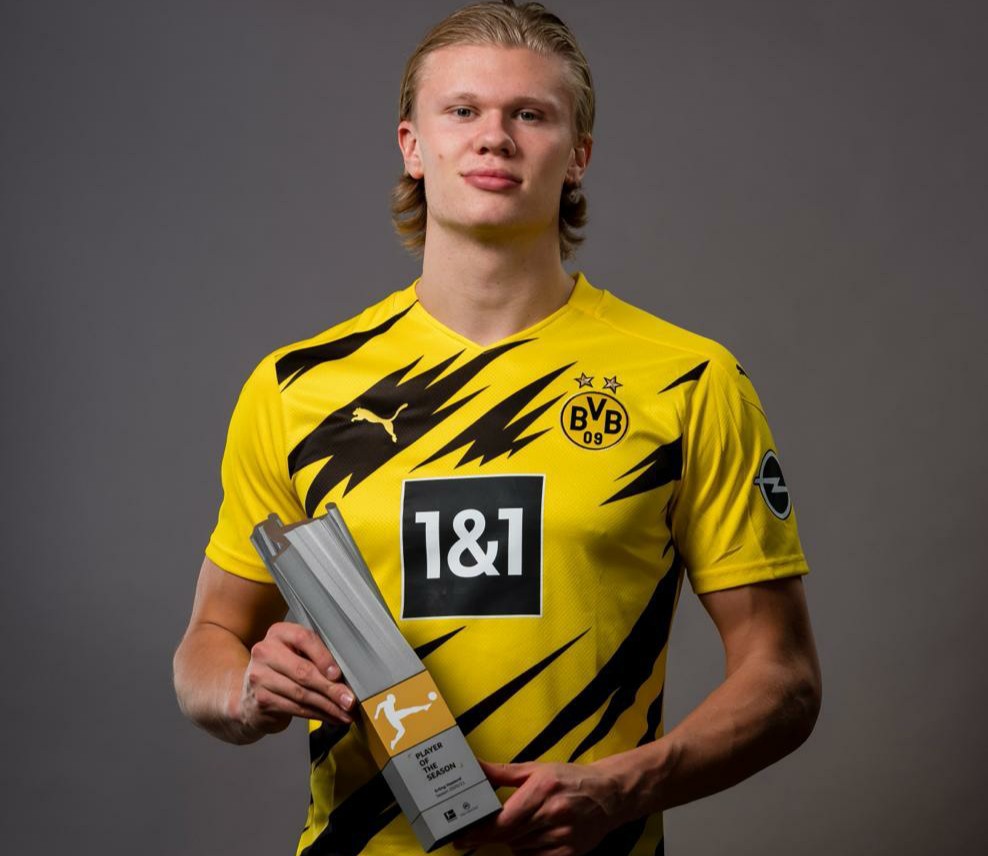 Borussia Dortmund striker Erling Haaland has been voted the Bundesliga player of the season by fans of the German first division league.

Haaland, 20, scored 27 goals and assisted another 8 in 28 Bundesliga games to help the Black and Yellow finish fourth on the league table and also win the DFB Pokal.

The decision has generated controversies on social media. Many feel reigning world player of the year Robert Lewandowski, who scored 41 goals in 27 games and assisted another 7 to break Gerd Muller’s 49 year record, should have gotten the award.