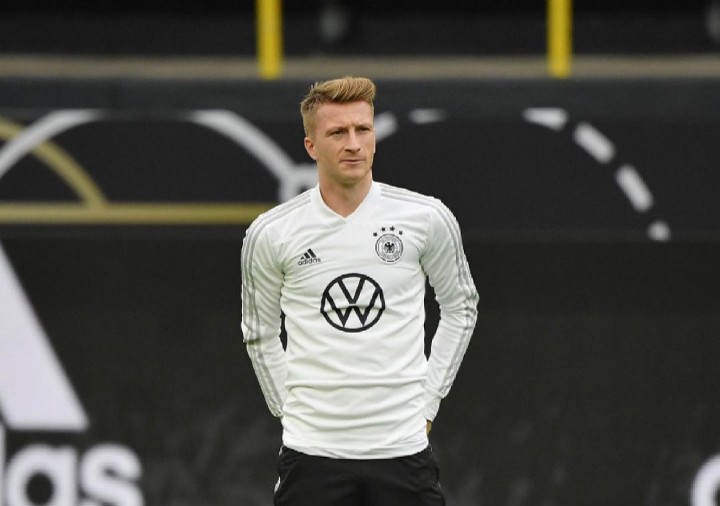 Borussia Dortmund captain Marco Reus has decided not to represent his country Germany at the upcoming Euro2020 so as to allow his body to recover.

Reus is coming off a brilliant season for the Blavk Yellow, qualifying for next season’s Champions League and winning the DFB Pokal.

“After a complicated, exhausting and “thank God” successful season at the end, I decided together with the national coach not to go to the European Championship,” he posted on Instagram.

“This decision was very difficult for me because I am always full of pride when I am allowed to appear for my country, but after a very intense year for me personally and achieving my goals at BVB, I made the decision to give my body time to recover!

“I will use the break wisely in order to be able to start the new season optimally! I wish Jogi and our team all the best for the team and I will cheer as a fan and keep my fingers crossed.

Reus has 44 international caps for Germany scoring 13 goals. He missed the victorious 2014 World Cup through injury. He is the second high profile German to miss the tournament after Barcelona goalkeeper Marc Andre Ter Stegen withdrew due to a knee problem.