Messi Doesn’t Like Arriving Late, Aguero Says As He Speaks On His Relationship With Lionel Messi 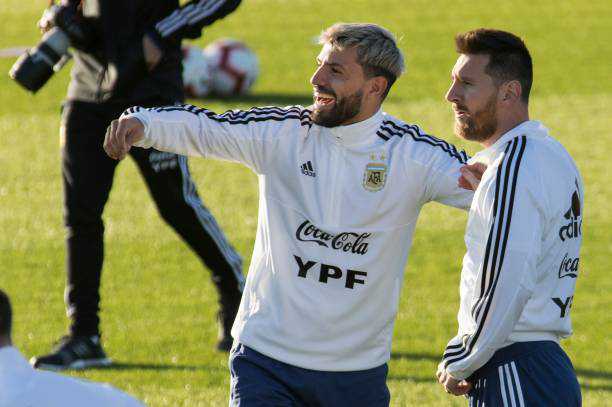 Aguero says Messi always want even the simplest things done the right way and doesn’t like arriving late to anything including team trainings, dinners and other activities.

“I always fall asleep with the TV on, and the next morning he’s always complaining,” Aguero told Santo Sabado via BR Football.

“We get back to the hotel at 7:30 P.M., and we’re eating at 9 P.M. There’s time. But Leo’s in the shower straight away and ready. I’m there in my boxers and talking on my phone.

“And then I get ready. The bad vibes start. He doesn’t like arriving late!”

Aguero and Messi are very good friends and have shared dressing room as teammates in the national team for over 10 years though Messi doesn’t like his approach to time.

According to reports, Aguero who would be leaving Manchester City at the end of the season has agreed a two year contract with Barcelona which would mean he rekindles his friendship with Messi, if he renews his Barcelona contract.