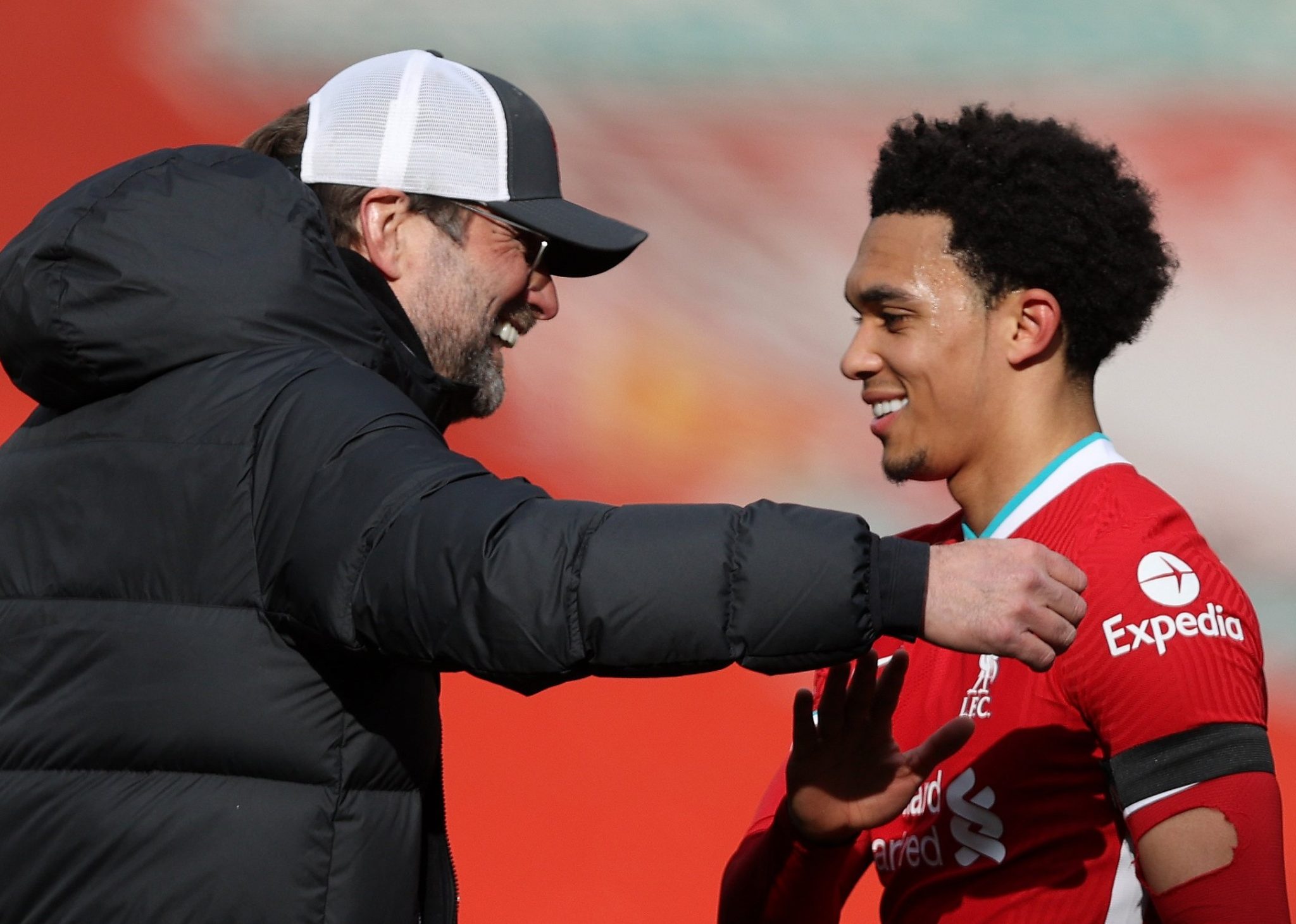 Liverpool manager Jurgen Klopp believes Trent Alexander-Arnold has nothing to prove to England boss Gareth Southgate after the right back rounded off a roller-coaster week with a stoppage-time winner against Aston Villa on Saturday.

Alexander-Arnold curled home a stunning strike from the edge of the box for only his second goal of the season as Liverpool boosted their Champions League qualification hopes with a 2-1 Premier League win.

The fullback has recently faced criticism for his form and was dropped from the England squad for last month’s World Cup qualifiers.

The 22-year-old has since starred in last week’s victory against Arsenal before making a costly error in the midweek Champions League loss to Real Madrid.

Yet Klopp said Alexander-Arnold deserves more space to mature as a footballer.

“I don’t think he has to prove anything, to be honest,” Klopp told the BBC, with Southgate in attendance at Anfield to watch Alexander-Arnold’s match-winning display.

“You can play the best season of your life and the coach of the national team has to make decisions and we respect that.

“The only thing Trent is doing is playing his best football. In the last 10 days, twice he’s played outstanding and now he scores a goal. The most important thing is we stop talking about it.”

Liverpool midfielder James Milner also showered praise on Alexander-Arnold as the right back delivered a fitting response to his critics.

“It says a lot about his character,” Milner said. “People forget how young he is. He’s been very fortunate in his career so far, so being left out of the England squad is probably one of his first disappointments.

“But he’s got a massive goal at the end… we’re delighted for him.”