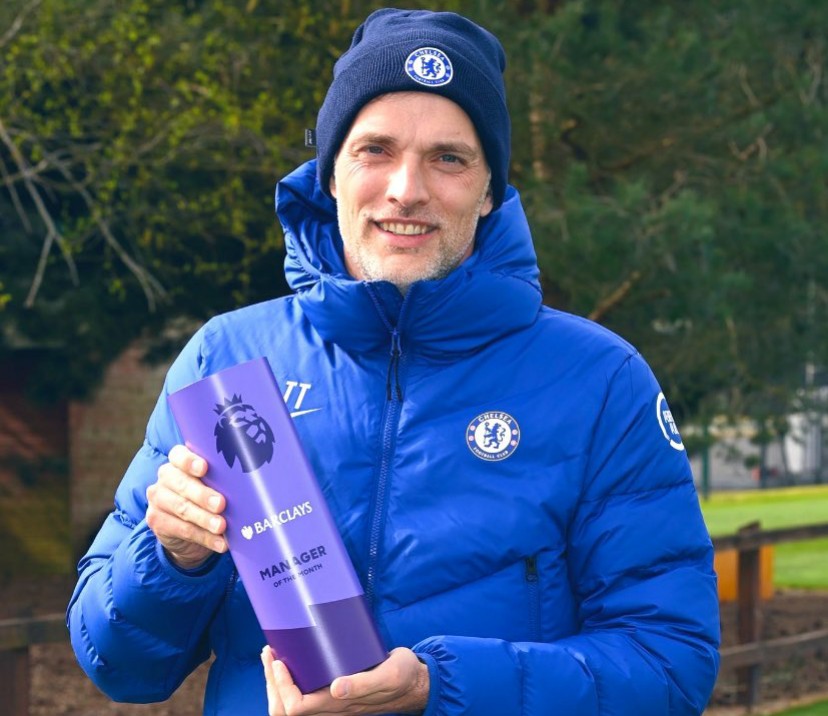 “I’m so pleased and honoured to win this award,” he told the club’s website. “I’m really enjoying playing at the minute and hopefully I can push on and help the team to finish as high as possible this season.”

Tuchel was appointed by Chelsea in January as Frank Lampard’s replacement and is yet to lose a game. Since Tuchel took charge, Chelsea have climbed from eighth in the standings to fourth and sit five points behind Leicester.

The London club beat Liverpool at Anfield and Everton last month and did not concede a single goal in three games.

“I’m really happy to have received this award and I believe it is a great achievement for everybody at the club who is involved in putting the team together to play each week,” Tuchel said.

“I want to acknowledge the hard work of the players who have given me their maximum efforts and commitment since I arrived and we hope we can keep this strong run going until the very end of the season.”

Tuchel is the second German to win the award after Liverpool boss Juergen Klopp who has won it eight times including six last season.