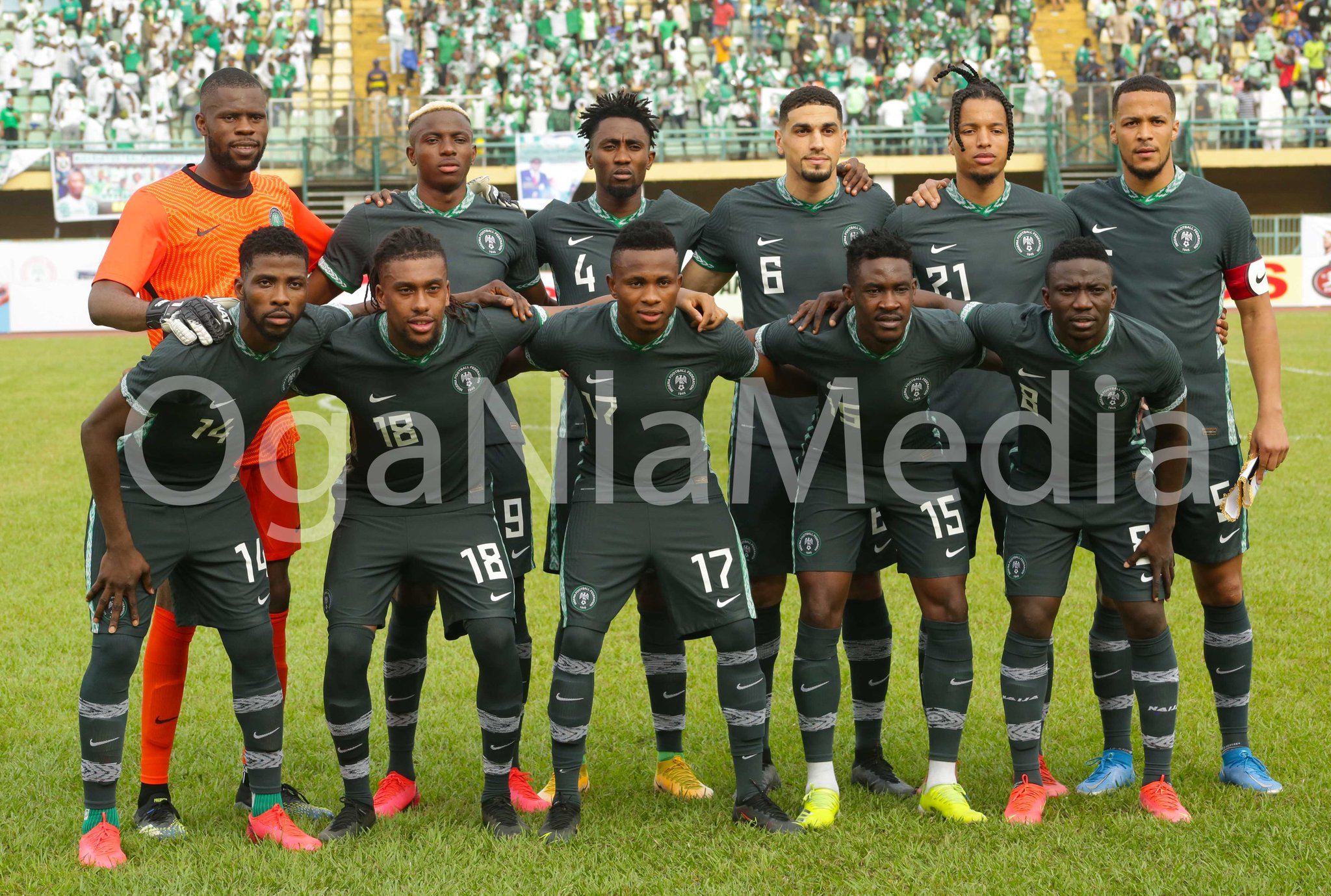 Nigeria finished their AFCON 2021 qualifying campaign unbeaten with a 3-0 win over the Crocodiles of Lesotho at the Teslim Balogun stadium in Lagos.

Osimhen who scored when the two sides last met opened the scoring in the 23rd minute, latching on to a pass over the defence by Kelechi Iheanacho to slot home past the Lesotho goalkeeper. He took his qualifier tally to five goals.

Lesotho pulled one back minutes later but was ruled out for offside. Oghenekaro Etebo who returned to the starting lineup in place of the sick Joe Aribo scored the second goal in the 51st minute. He scored from a loose ball after a brilliant work from Victor Osimhen.

Paul Onuachu who scored against Benin Republic came on from the bench and scored five minutes later to make it 3-0 and send the Crocodiles back home empty-handed.

It was a return to goal for Francis Uzoho who hasn’t played for the Eagles since his ACL injury against Brazil in 2019. Alex Iwobi who missed the game against Benin started the game. Anayo Iwuala also got minutes off the bench while captain Ahmed Musa also got a few minutes.

Victor Osimhen was voted man of the match and as such will claim the two million Naira cash gift donated by two of the NFF sponsors.

Nigeria finished top of Group L with 14 points. The other deciding game in the group between Benin Republic and Sierra Leone was delayed till 7pm due to a disagreement over Covid-19 result. The match will decide who joins Nigeria in Cameroon from the group.

Sierra Leone vs Benin Republic match rescheduled for 7pm after Covid row
Onuachu has so much qualities for the Super Eagles, says Omeruo
Change Language »