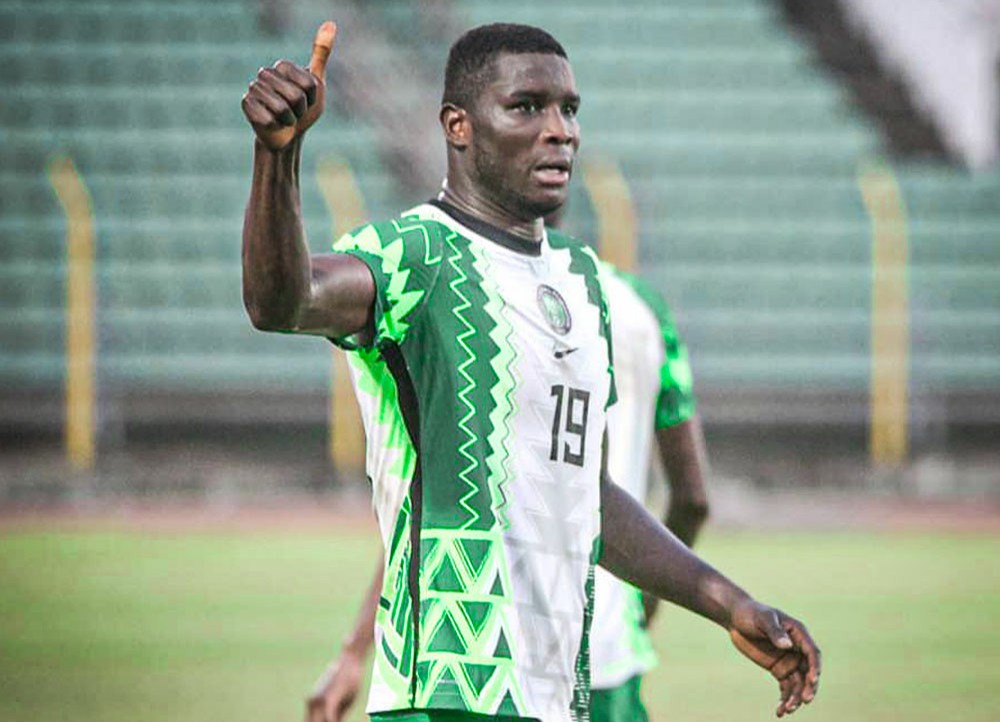 Super Eagles defender Kenneth Omeruo has applauded the qualities possessed by national teammate and KRC Genk forward Paul Onuachu, describing him as a player the Eagles must not joke with.

Onuachu is in a blistering form for his Belgian club this season and has 27 goals and two assists in 32 appearances in all competitions this season. In recent times Onuachu struggled to replicate his club form for the Super Eagles and has only recently returned to the squad.

Omeruo is aware of the qualities possessed by the 26 year old and showered him with praise during an Instagram Live Chat with BBC journalist Mimosa Fawaz; “He is a very good player. He works very hard,” Omeruo said.

“It is just unfortunate that he has not been able to do well for Nigeria as he does for his club side. He is always in form, it’s just that it hasn’t worked out for him  yet as it does for his club.”

Onuachu scored his first goal for the Super Eagles in a friendly match against Egypt on March 26, 2019. A first minute strike that won the game for Nigeria and the Egyptian team coach then who also coached Omeruo at Leganes still hasn’t forgotten him.

“My former coach [Javier Aguirre] who used to be the coach of the Egyptian team asked after him and said, ‘where is that boy’ because in his first game for Nigeria against Egypt in Asaba. He scored within a few minutes and we one,” Omeruo said.

“He is a very talented player, a difficult player to mark. I am a defender and I always don’t want to play against him in training. He is so huge and very strong. It is difficult to get a player like him.”

“We shouldn’t joke with him because he has so much qualities.” Omeruo concluded.