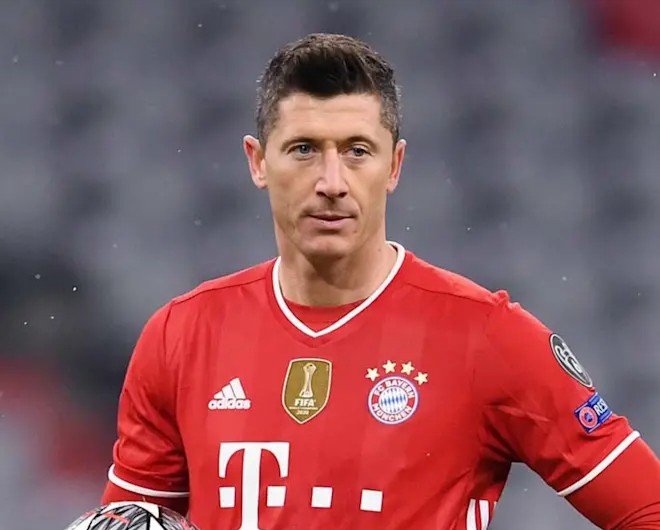 Bayern Munich and Poland striker Robert Lewandowski will be out for weeks with a knee injury sustained on international duty with Poland, Bayern Munich has confirmed.

“Robert Lewandowski has strained a ligament in his right knee. The FC Bayern striker will be out for around four weeks,” the club said.

“After Poland’s 3-0 win over Andorra, Lewandowski returned early to Munich, where a diagnosis was made by the German record champions’ medical team.

“The 32-year-old had scored the first two goals in Sunday’s match, before having to leave the field after an hour following a clash.”

The Pole is on course to break Bayern legend Gerd Muller’s record of 40 goals in a season. He has scored 35 goals in 26 Bundesliga games this season and with eight games left, the record could be broken but with his injury he has little chances of breaking it.