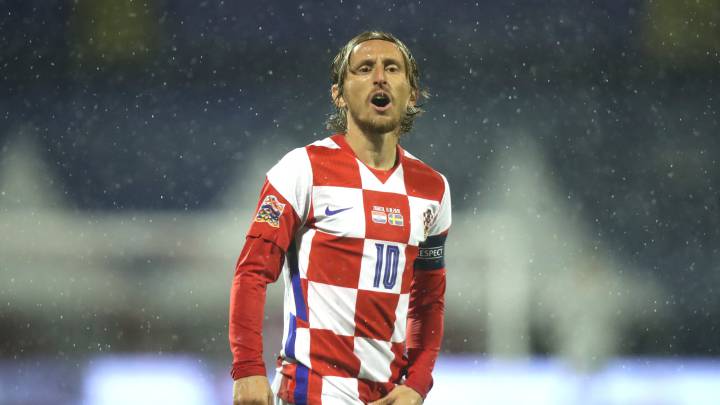 Modric achieved this feat with his start in a 1-0 win against Cyprus in a World Cup qualifier.

The real Madrid midfielder equalled Darijo Srna’s record earlier the week and he passed the defender’s mark on Saturday by making his 135th appearance for his country.

The 2018 FIFA world best player has become one of his country’s greatest ever players since earning his first cap in March 2006.

In the video below, he is given a standing ovation by his national team colleagues after being shown highlights of his career to celebrate his record of becoming his country’s most capped player.

Modric made his Croatian national team debut in 2006 and has since gone on to play 135 times for the Russia 2018 finalists, scoring 16 goals while playing at three European Championships and three World Cups.

The midfielder’s finest hour came in 2018 when he led Croatia to their first World Cup final, where they lost 2.4 to France.

Modric won the Golden Ball as the World Cup’s top player and would later win the Ballon d’Or.