Super Eagles received in Benin Republic with glitz and glamour 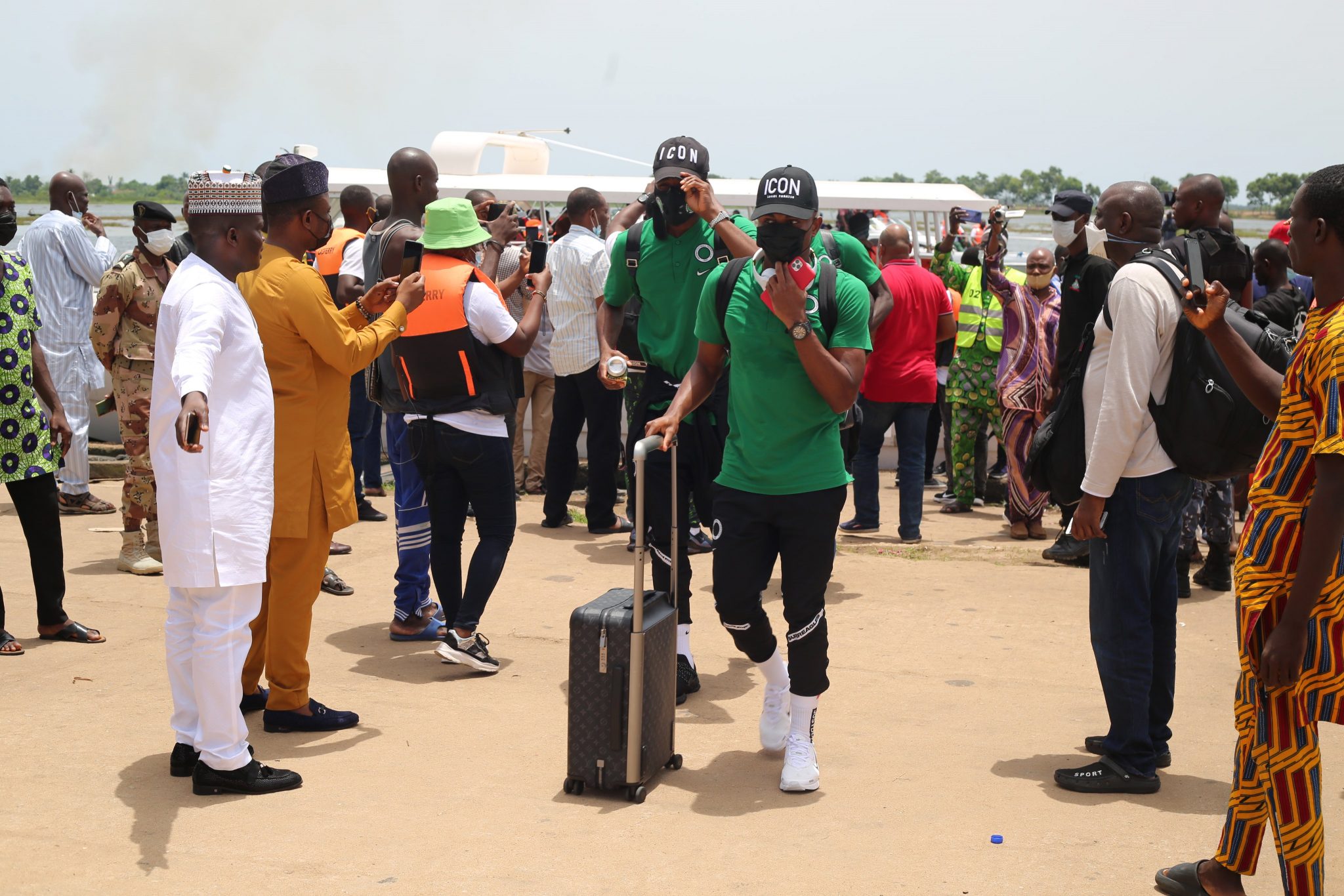 The Super Eagles of Nigeria cruised into West African neighbors Benin Republic via waterways in six speed boats and were received with much buzz, glitz and glitter.

They were received by a delegation led by His Excellency Ambassador Olawale Awe, Nigeria’s ambassador to Benin Republic, who accompanied the team and officials to the Golden Tulip Hotel in Cotonou where they would be staying.

The Super Eagles will ride by bus to Porto Novo on Saturday morning to take on the Squirrels at the Stade Charles de Gaulle after which they will return to the Golden Tulip Hotel before ferrying their way back to Lagos on Sunday morning.

The Eagles could confirm their place at the Cameroon edition, which would be their 19th appearance at the AFCON if the points are shared between Sierra Leone and Lesotho in the early kickoff, but the Gernot Rohr led Eagles want to do the job without relying on anyone while the Squirrels are also ready and hoping to spoil the Eagles party.

The team had their mandatory Covid-19 test on arrival before settling in at the Golden Tulip Le Diplomat Hotel.

The total allowed attendance at the stadium is yet to be confirmed by CAF and the initial number communicated is 200 but the Federation Beninoise de Football (FBF) said “We are hoping for a favourable opinion on our letter requesting that we be allowed to have between 1,800 and 3,000 persons at the match.”

Highly rated international referee Rédouane Jiyed, 42, from Morocco is the centre referee and would be assisted on the lines by Lahsen Azgaou and Mostafa Akarkad, with Samir Guezzaz being the fourth official, all of whom are from Morocco. The match commissioner is Yameogo David and Ghanaian Julius Ben Emunah is the security officer.

The match kicks off at 5pm.

Henry to go off social media until all forms of online abuse are regulated
We trained under moonlight in Benin, says Rohr
Change Language »