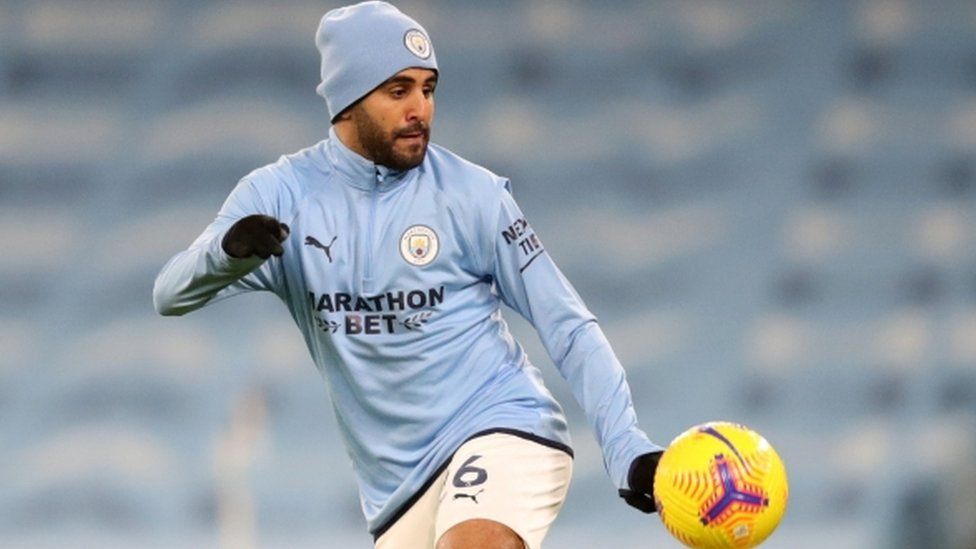 A man who used a bank card belonging to Manchester City star Riyad Mahrez to go on a £175,000 spending spree has been jailed for fraud.

Sharif Mohamed, 32, admitted he spent the footballer’s money on clothes for his children and drinks in high-end bars in Ibiza.

But he claimed he was part of a wider gang of people who accessed the card and had been made “the fall guy”. He was jailed for three years and eight months at Snaresbrook Crown Court.

Mahrez’ bank card was used at a casino in London, for hotel stays, at a nail salon and for meals at Nando’s and Greggs, prosecutors said.

The court heard the gang made “hundreds of transactions” of varying amounts in an “incredibly intense” period of spending.

Mahrez only spotted that the large amounts had been drained from his card in September 2017, after the scam had been going on for a month. His bank was forced to reimburse him £175,830.

He said: “You knew jolly well that you had handed the card over to the rest of your group and they would go off and spend a great deal of money on it.

“The essence of this fraud was that it appears to have been one perpetrated on an individual with a great deal of money, somebody who in fact would not spot these vast sums disappearing from the account, at least not straight away.”

In August 2017, when Mr Mahrez was playing for Leicester City, an individual called his bank requesting a replacement card, according to information provided by the Crown Prosecution Service.

The card was not sent to the player’s address and Mr Mahrez did not receive it, the court heard.

The card’s usage was cross-referenced with CCTV at cashpoints in a Stratford shopping centre and Leicester Haymarket, which showed Mohamed withdrawing money about 10 times.