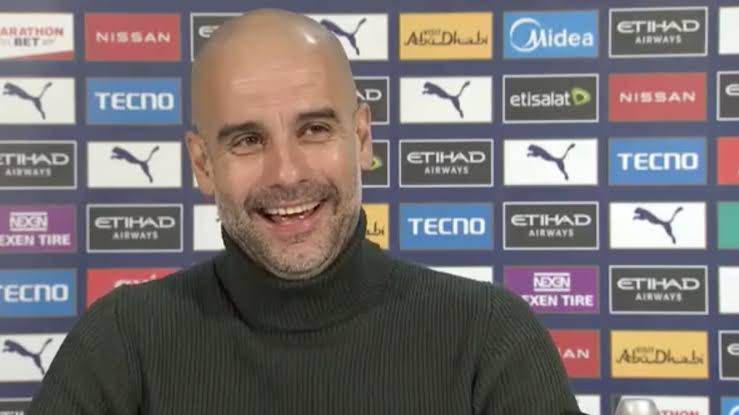 20 games winning streak, 12 points ahead of second placed city rival Manchester United and Pep Guardiola is not resting on his laurels and wants his team to fight till the last kick of the ball in the season.

Manchester City started the season unconvincingly and many ruled out their chances but they picked up the pieces and only a little have doubts that come may they won’t be lifting the title for the third time in five years of the Guardiola era.

Guardiola has now warned his team against complacency and says he would drop any player who feels they have the title won already.

“When I feel that everyone is thinking the job is done, or how good it is, this guy is not going to play,” Guardiola told a news conference on Monday.

“I’m so intuitive to know exactly the guys who are not ready to continue what we have to do.”

With 12 games left in the season, Guardiola’s side will be home safe with nine wins from their remaining matches regardless of what other teams chasing them play.

“To do it we still have to win eight, nine or 10 games and it’s a lot of games,” he said. “There are incredible teams who struggle for four or five games to win games. It can happen to us too.

Manchester City play Wolves later today before hosting rivals Manchester United at the Etihad on Sunday, a match in which a win would help them extend their lead at the top of the table.