Willian is starting to show what he can do for the team, says Arteta 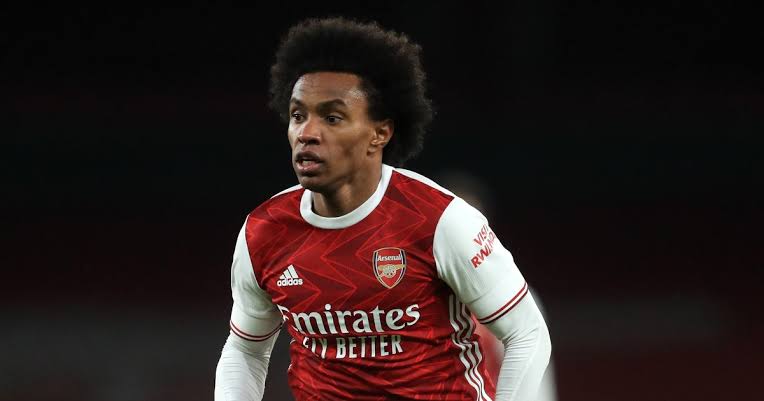 Willian moved across London to join Arsenal from Chelsea in the summer after seven years at Chelsea. He rejected a Blues contract to become a red in London.

He had a brilliant debut Premier League game for the Gunners, providing two assists and having a hand in the other goal. He then went on 22 games in all competitions without an attacking return, not even a shot on target which has led to widespread criticism on social media.

Arsenal boss Mikel Arteta has always shielded his summer signing and in recent defense of the Brazilian said he’s starting to produce and that he’s a player that is liked in the Gunners dressing room.

“He is a player who we all like,” Arteta said of Willian. “His team-mates like him and we were expecting many more things from him since he joined but for many different reasons he hasn’t found his best performances.

“… he is a player I really like and I did a lot to bring him in and hopefully he can still give us more.

“In games now you can see that he is starting to produce what we think he can do for the team so everyone has to step up and create big moments in games because the front players in the end have to be the ones that decide the game for us.”

Arsenal won a hard fought round of 32 Europa League tie against Benfica in midweek and were drawn against Olympiacos who eliminated them last season in the round of 16. They face third placed Leicester City this afternoon.