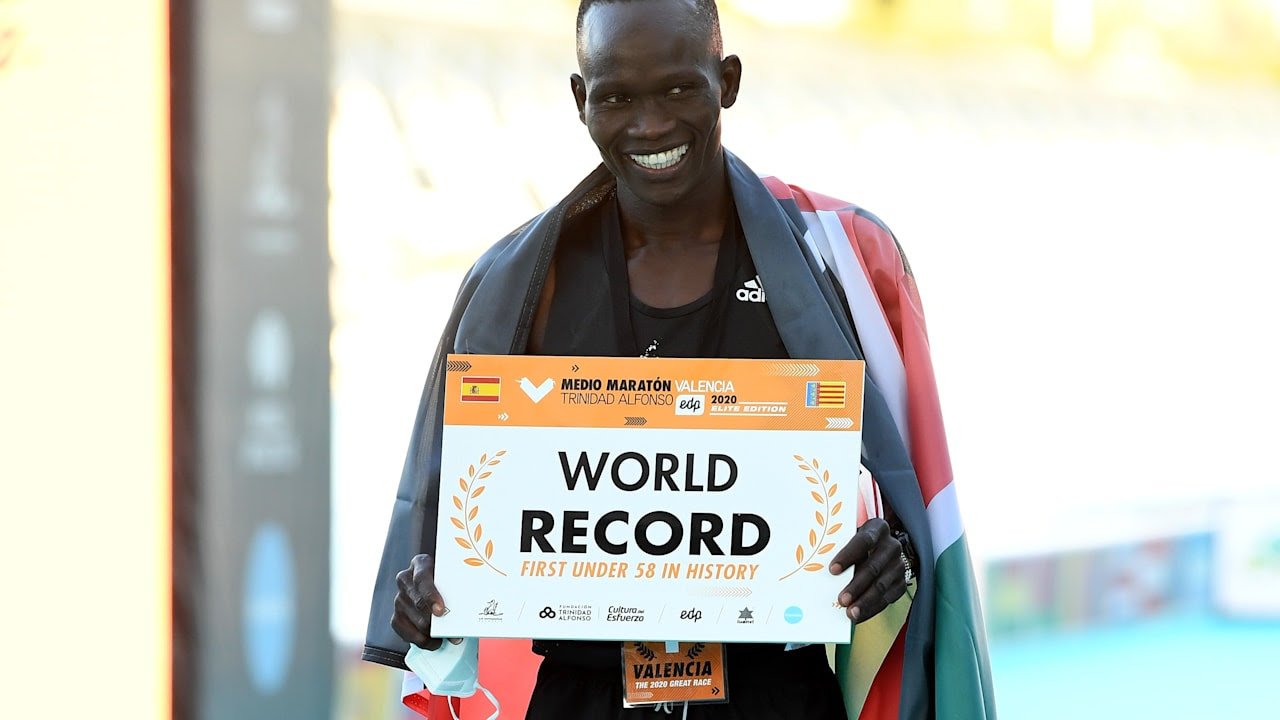 Kenya’s Kibiwott Kandie led Jacob Kiplimo home in world record time to win the Valencia Half Marathon on Sunday in a reverse of the World Championship result from October.

Kandie, Kiplimo, Rhonex Kipruto, and Alexander Mutiso all finished the race in under 58 minutes, bettering the existing record of 58:01 set by Geoffrey Kamworor in Copenhagen in September 2019.

Kenya’s Kandie finished in 57:32, taking more than a minute off his previous personal record of 58:37. Ugandan Kiplimo and Kandie’s compatriot Mutiso also lowered their own personal bests by similar margins, while it was Kipruto’s debut over the distance.

It is the fourth time Kandie has run sub-59 minutes this year, having also done so at the Ras Al Khaimah, Prague, and Gdynia half marathons.

Maradona didn’t receive the right treatment, says prosecutor
I’ll drive Ozil to the airport just to get rid of him from Arsenal – Piers Morgan
Change Language »