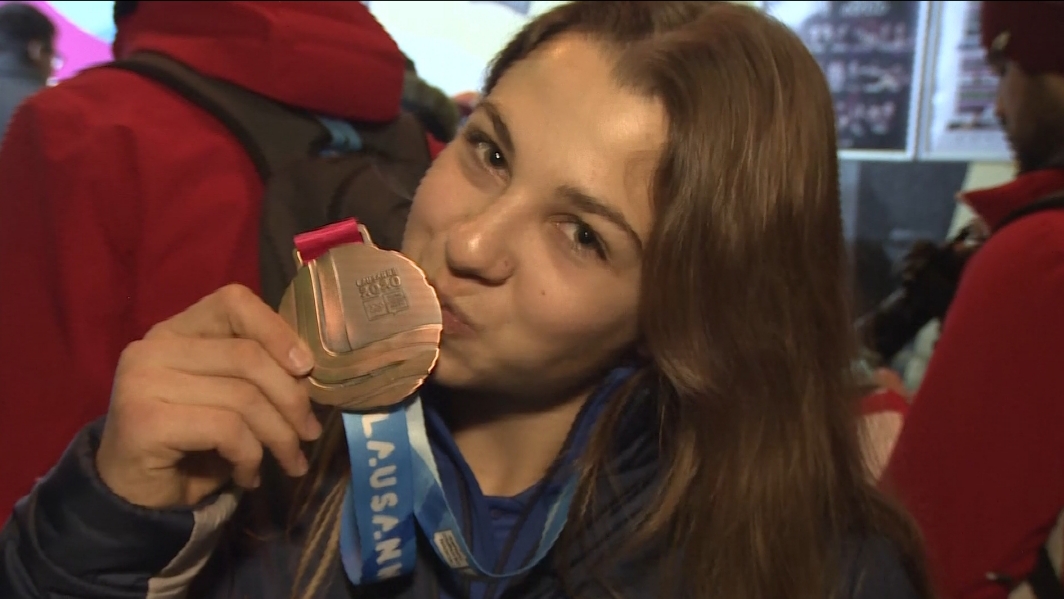 The 16-year-old was hoping for a top ten finish and surpassed all expectations. She was the 26th starter out of 62 competitors and was fastest when she crossed the line in 56.36 seconds. In the end she had to settle for bronze as Amelie Klopfenstein of Switzerland and France’s Caitlin McFarlane took gold and silver respectively.

Szollos was watched by her father Peter, a former world championship skier. Her brother Barnabas finished seventh in the slalom at the Youth Winter Olympic Games in Lillehammer four years ago.

Lausanne 2020 is the third edition of the Winter Youth Olympic Games (YOG), bringing together the world’s best young athletes between the ages of 15 and 18. For the first time in Winter Olympic history the Games will have gender equality, with equal numbers of male and female competitors in the 81 medal events.

1,872 athletes from 79 National Olympic Committees (NOCs) will be in action in Lausanne, 12 of those NOCs for the first time at a Youth Olympic Games – Albania, Azerbaijan, Ecuador, Haiti, Hong Kong (China), Kosovo, Pakistan, Qatar, Singapore, Thailand, Turkmenistan and Trinidad & Tobago.