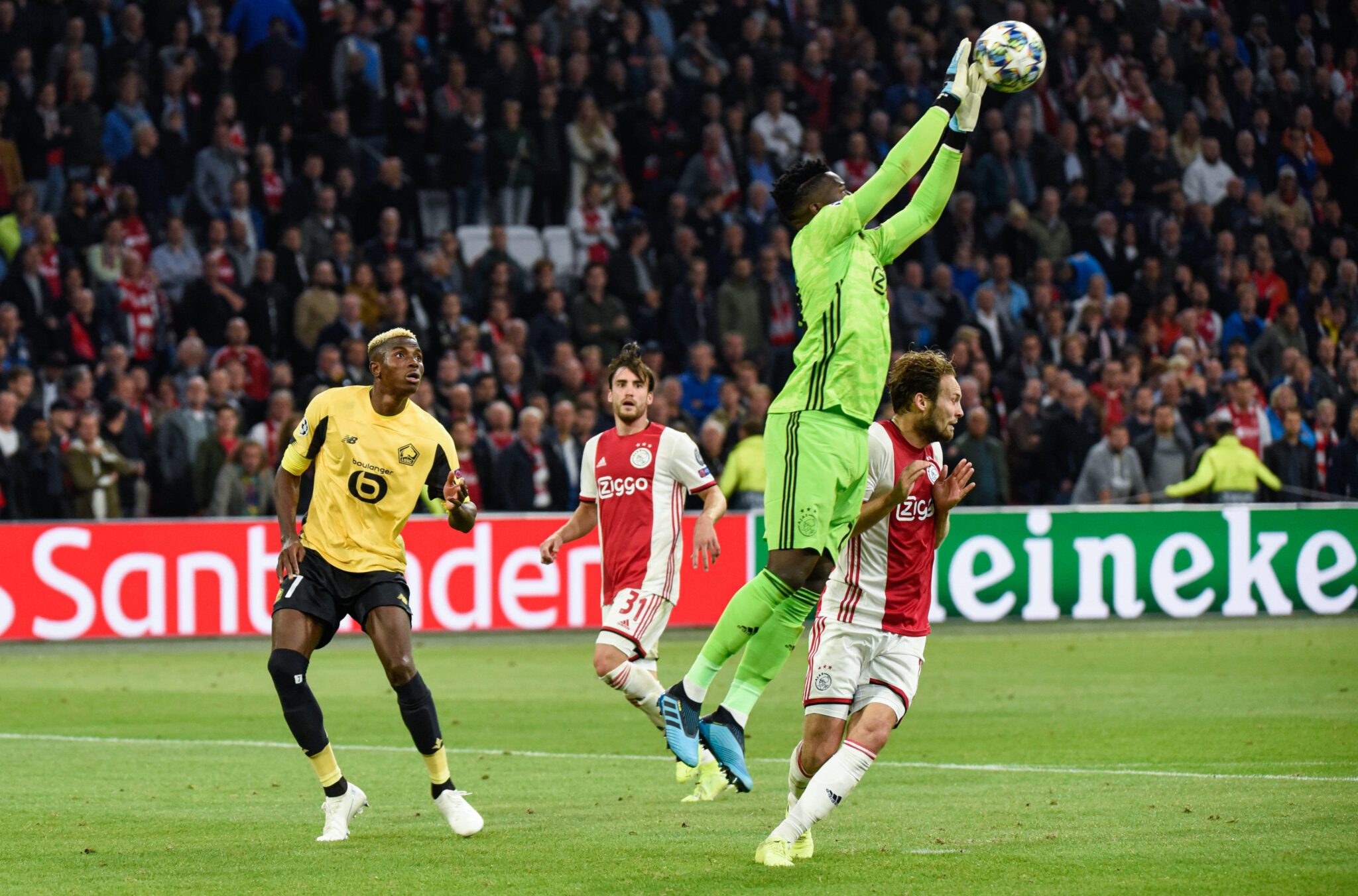 Ajax Amsterdam were at their ruthless best against LOSC Lille at the Amsterdam Arena in the 2019/2020 UEFA Champions League opener.
Ajax started like a house on fire, as they took the game to the French before Quinton Anton Promes eventually got a beautiful opener in the 18th minute via a header from the centre of the box.

The Lille defence stood steadfast in the first half, as they prevented the Dutch champions from getting a second before they went for the break.
It was however a different story in the second 45 minutes. Edson Omar Alvarez got a much deserved second five minutes after resumption of the second half.  The Mexican sent in a thumping effort from a tight angle into the top left corner, courtesy of an assist by Neres to nick a second for Ajax on the night

Lille defenders struggled to contain the trickery and pace of Hakim Ziyech and the industriousness of Tagliafico as the Argentine thumped in a fantastic header and third of the encounter on the 62nd minute, from a Ziyech corner kick to take the game beyond the French Ligue 1 runner-ups.

A beautiful team performance from the Dutch gave Ajax a worthy lead in goal difference in the group as the other group game between Chelsea and Valencia ended 1-0 in favour of the Spaniards.  An almost faultless Ajax performance resulted in a resounding message to other teams in the group as they brushed aside a youthful and vibrant Lille to begin their Champions League sojourn this season on a winning note.

Lille’s Nigerian attacker, Victor Osimhen  who had a disappointing game, going by his heroics so far in the French Ligue 1 said it was a game against a ‘very organised team’ and one they have learnt lessons from. Osimhen however said they will bounce back against Chelsea in their second group game as they will reanalyse their faults and go for the broke against the Blues.

”This is the height of all competitions, because the Champions league is every player’s dream and when you play, you want to give your all, and be on top of your game but tonight, we played against a very organised team and when you play such teams, you don’t want to make lots of mistakes, and when you get opportunities, you need to score them but football is what it is. We have to go back to improve.
‘We’ll go back to look at our mistakes and we will improve against Chelsea, give our all to win, as this is a lesson for us all. We will try to correct it against Chelsea and get a win.”

Ajax goalkeeper, Andre Onana, who posted a man-of-the-match performance, in a chat with me after the game said his team are capable of repeating their pleasantly shocking run of last season.

Onana, a graduate of the Samuel Eto’o Academy said while they have lost some key members of the team, they still have good, young replacements to make a difference for the team. Confidence in his assessment of Ajax’s chances against other teams in the group, he said there are no fears of what dangers other teams in the group possess.

”I feel good and better after a tough game, I’m happy especially for the win. It was important for us to start good from the onset. I’m proud of what we did, how we defended and our performance. I hope we keep playing like this and winning games.
”It’s possible to repeat last season’s feat but it’s important to take every game as it comes. We have to be patient, and we have another game for the weekend against PSV Eindhoven and we are always ready to play anyone.”

Ajax manager, Erik Ten Haag was in awe of his team’s performance, but said there are things they can do differently and better, as they approach the next game.
Ten Haag was also in the dugout when Ajax had a Cinderella run which called for the attention of football followers last season. He said about the game:

‘’It was a great evening for Ajax and for the fans,” ”We played attractive football and we beat a strong opponent. However, I think we can do better, We have a lot of players who like to drive forward and there are times when you have put on the brake and keep possession longer.’’
Lille manager, Christophe Galtier commenting about the game said it was a game lost as a result of their inefficiencies in dangerous areas. While he praised his team for creating dangerous situations, he acknowledged they have to bury their chances if they will progress.

“We played as we wanted to play, said Galtier. We created danger. The game was played on efficiency in the area.The man of the match was the Ajax goalkeeper after UEFA, which shows that we have created situations at this level, we must put them at the bottom, we must punish when we can punish.”