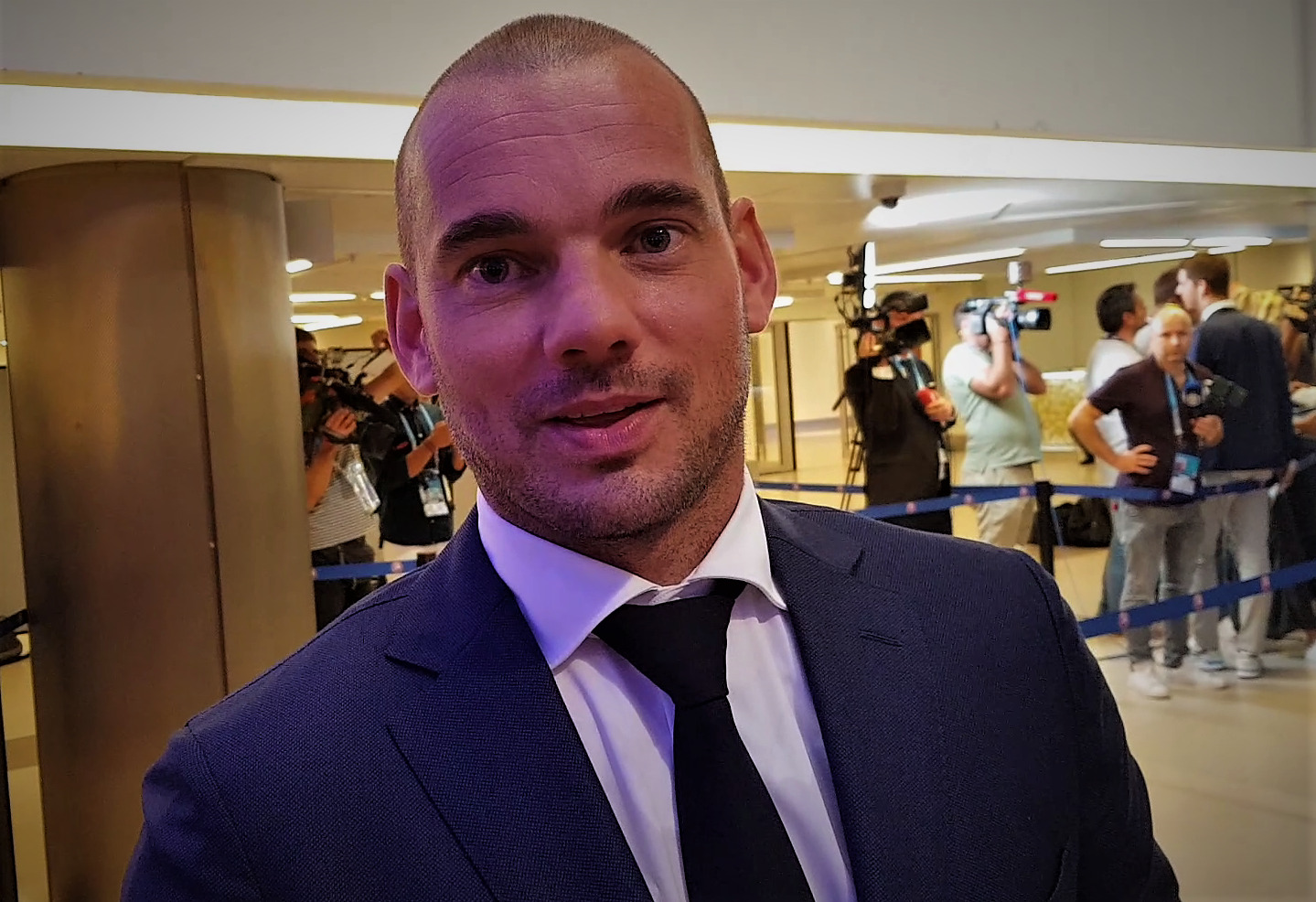 Former Inter Milan midfielder, Wesley Sneidjer has revealed his snub for the Ballon D’Or in 2010 was not a big deal for him.

Sneidjer was pipped by Lionel Messi to the award 9 years ago, despite being the power house of an Inter Milan team that emerged victorious in the UCL that season. He also crowned a fantastic season in Europe with a fantastic display at the World Cup in South Africa, only losing to a last-gasp Andres Iniesta goal.

Sneidjer however said he is not deterred at all, as the Champions League remained more important to him.

”The Ballon D’Or is not the most important for me, the Champions League was more important . It has been a long time and I was more happy to win the UCL,”

He told Omasport at the backstage of the 2019/2020 Champions League draws.

Virgil Van Dijk, Sneidjer’s compatriot has won the 2019/2020 UEFA Player of the year, beating Lionel Messi, Cristiano Ronaldo and others to the award.