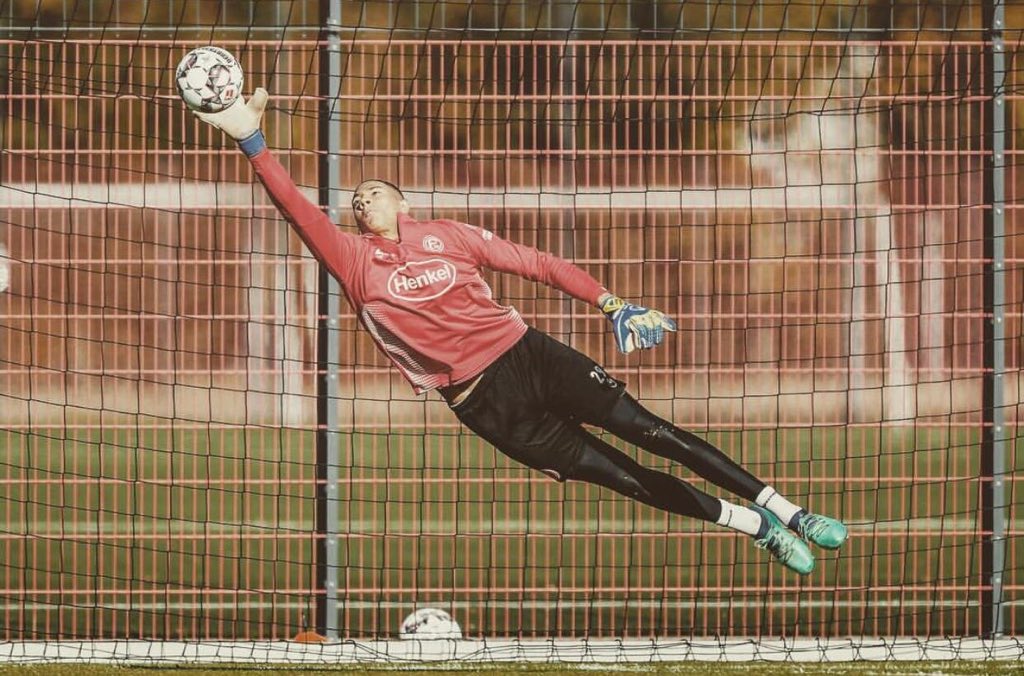 Super Eagles new invitee, Maduka Okoye has revealed he will be ready for the friendly match against Ukraine at the Dnipro-Arena on the 10th of September.

Okoye, speaking with Omasports said contrary to what is being reported in some sections of the media, he will be fit for the encounter.

Okoye, a Fortuna Düsseldorf goalkeeper is one of 23 players invited for the friendly against the Ukrainians. While he has struggled with a meniscus injury in 2019, he said he is on his road to recovery and has been training well.

”It’s true that I had injury and a knee surgery on my meniscus but I’m on my way to recovery before the game in Ukraine. I’ll be 100% fit before that date, I’m back in team training and there is no problem with my knee again.”

Maduka had been previously invited by Dream Team VII coach, Imama Amapakabo in the African U-23 Qualifiers clash against Libya but missed out on the double-legged encounter against the North Africans after his club failed to release him.