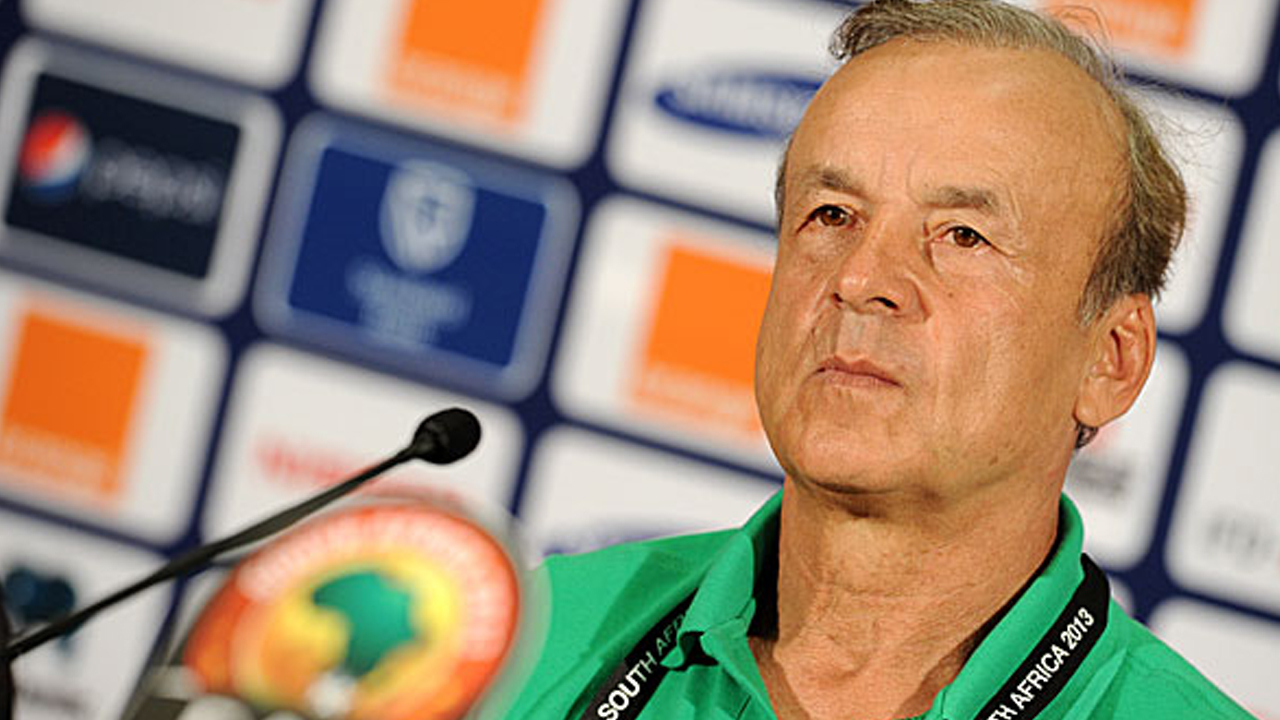 Gernot Rohr has stated his reason for leaving some players out of the game against Madagascar. The Super Eagles coach, during a press conference after the humiliating defeat to the island nation said the team lost to a strong and organised team.

“We lost to a good team because Madagascar was the first to qualify for the tournament and there is no shame in losing to such a team,” Rohr said after the game. “Madagascar was the better team today. We started with giving them a gift and after, we could not find a solution. We made five changes because we wanted to give a rest to some players and also preserve those with cards. “Sometimes it happens when you are already qualified; the players are relaxed and playing easy. We also rested some players and Collins is coming back from injury so I’m sure the team will improve as they’ve seen that winning a game is not easy in the AFCON.”

When quizzed on why Henry Onyekuru and Victor Osimhen were not in the game, the Franco-German coach, said some players are not playing due to their attitudes in training.

He added that Ighalo also needed a run of games to be fitter, after his sickness before the AFCON.

AFCON 2019: Ziyech- AFCON Will Be No Stroll In The Park –
John Obi Mikel Retires From The National Team
Change Language »