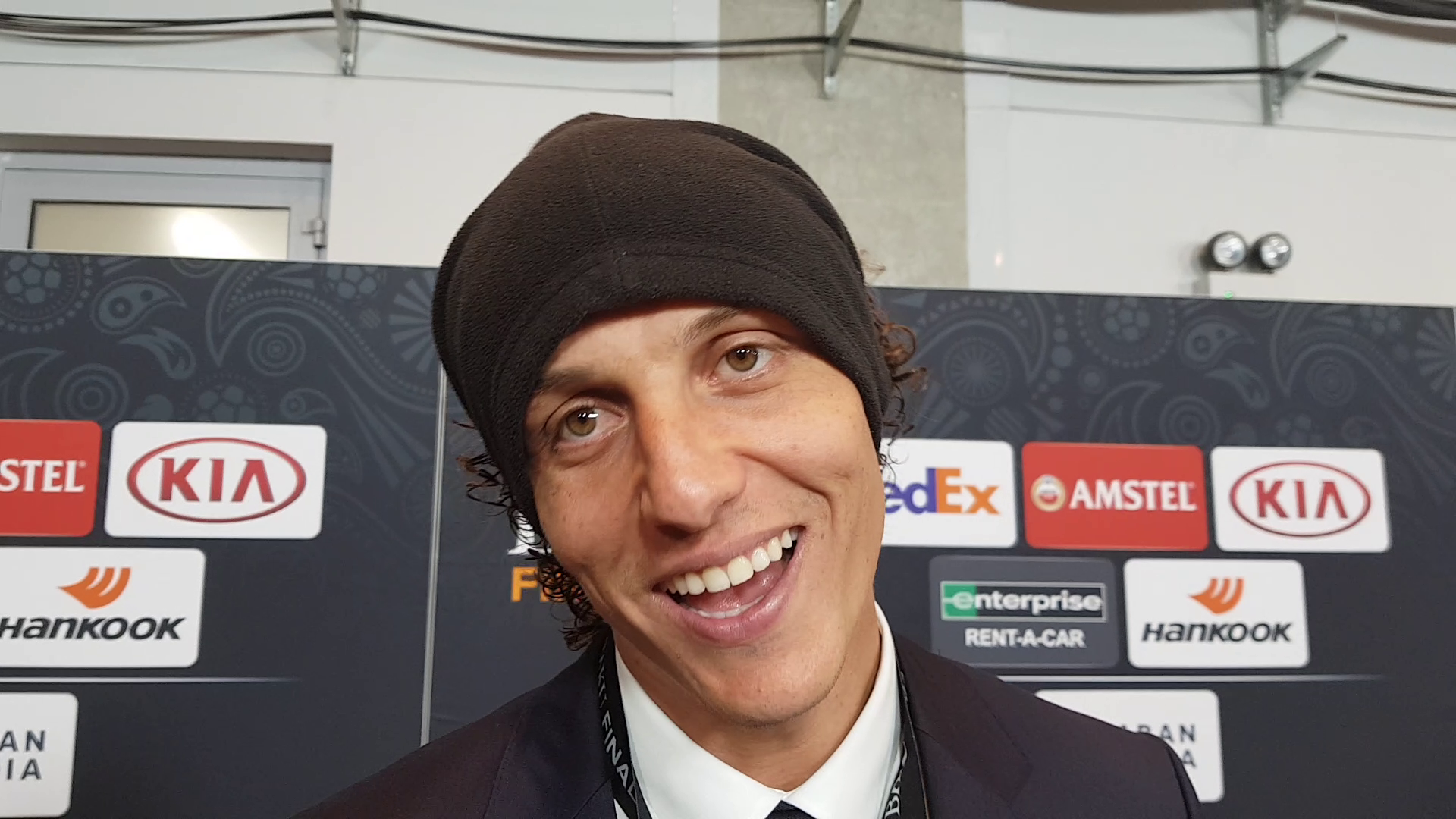 Share This in WhatsApp
By: Oma Akatugba
Chelsea and Brazilian centre half, David Luiz has said he wishes Eden Hazard all the best in his new sojourn. Luiz told Omasport that Hazard is a wonderful person who deserves the best in his career and will be remembered for good reasons at the Stamford Bridge.
”I think everybody knows him already. Everybody knows Eden Hazard, who he is as a player and as a person. As a friend, I wish him all the best if he stays with us or not. ”He did great things for football and Chelsea. Football knows him and I’ve been friends with him for a long time. I wish him all the best,” Luiz said. Hazard, who has been at Chelsea since 2011 has had a very stellar season, winning the Europa league and staking his claim as one of the best players to have ever played for the Blues.
A multi-million pound move to Real Madrid is on the cards for the Belgian and he gave a hint of his potential switch to the Spanish capital after Chelsea’s Europa League triumph against Arsenal in Baku.
”I want a new challenge like I said last year after the World Cup but it didn’t happen so now it is between both clubs so we will see. I am still waiting like you are waiting and like the fans are waiting. I will always support Chelsea and I love them. I don’t know if it is a goodbye but if it is, thank you for these seven years,” Hazard said.
Post Views: 1,050
Share This in WhatsApp
Related TopicsCchelseaDavid LiuzEden Hazard

God Is Everything In My Life – David Luiz
AFCON 2019: Ziyech- AFCON Will Be No Stroll In The Park –
Change Language »