Exclusive Video: Ndidi Is Good, But He Hasn’t Surpassed What I Did At Leicester – Kante. 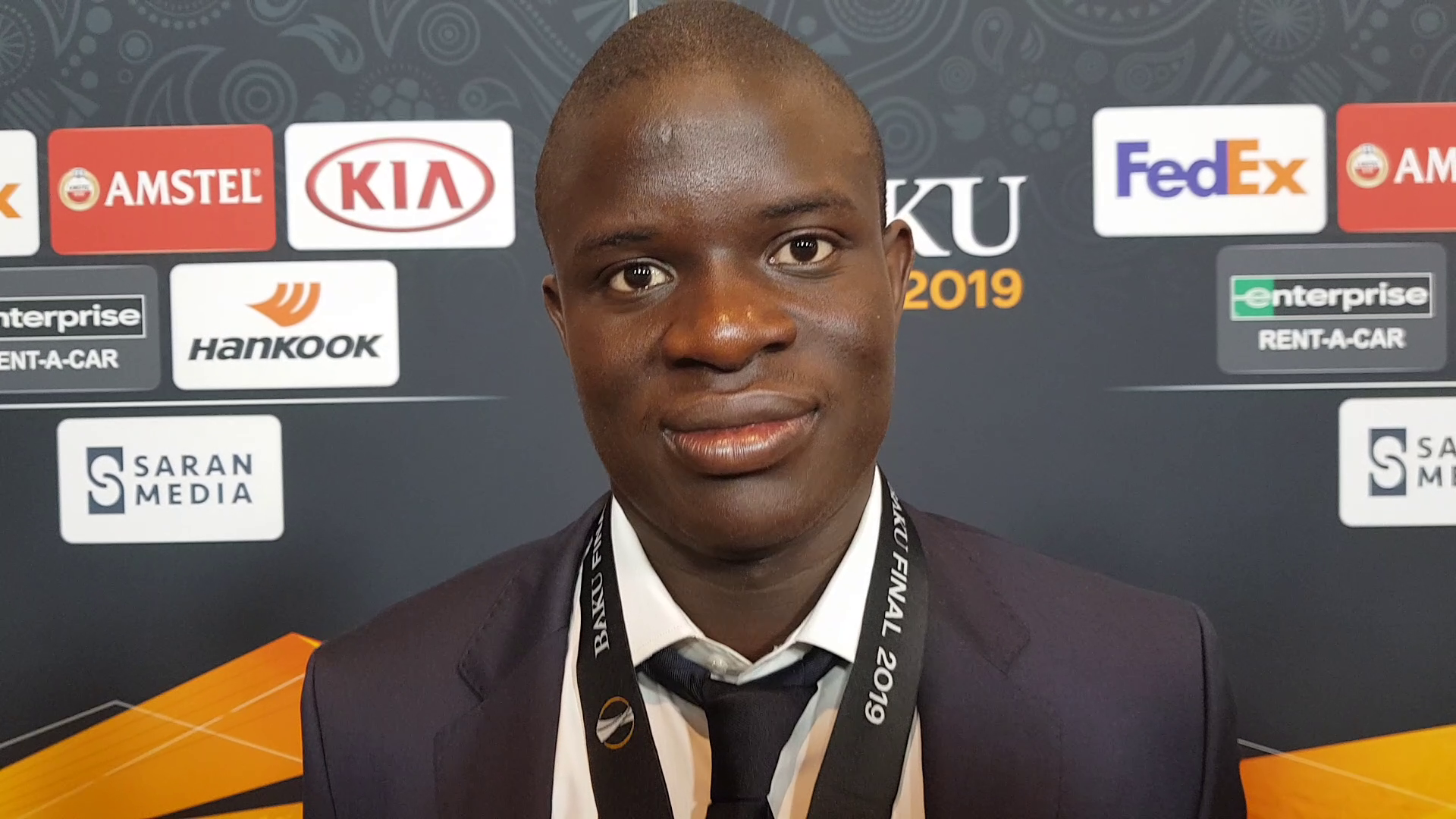 By Oma Akatugba in Baku

Chelsea midfielder, Ngolo Kante has hailed Leicester and Nigerian midfield enforcer, Wilfred Ndidi for his good works with the Foxes.

Kante, who shone like a million stars in the Europa League final game against Arsenal said the Nigerian midfielder is a good player, but one he isn’t sure has done better than he did at Leicester.

In a short interview with omasports shortly after lifting the 2019 Europa league trophy, the World Cup-winning French midfielder said;

I can’t say he has done better, but he’s doing very well, and I wish him the best,” he said.