Chelsea Has Had A Wonderful Season- Sarri 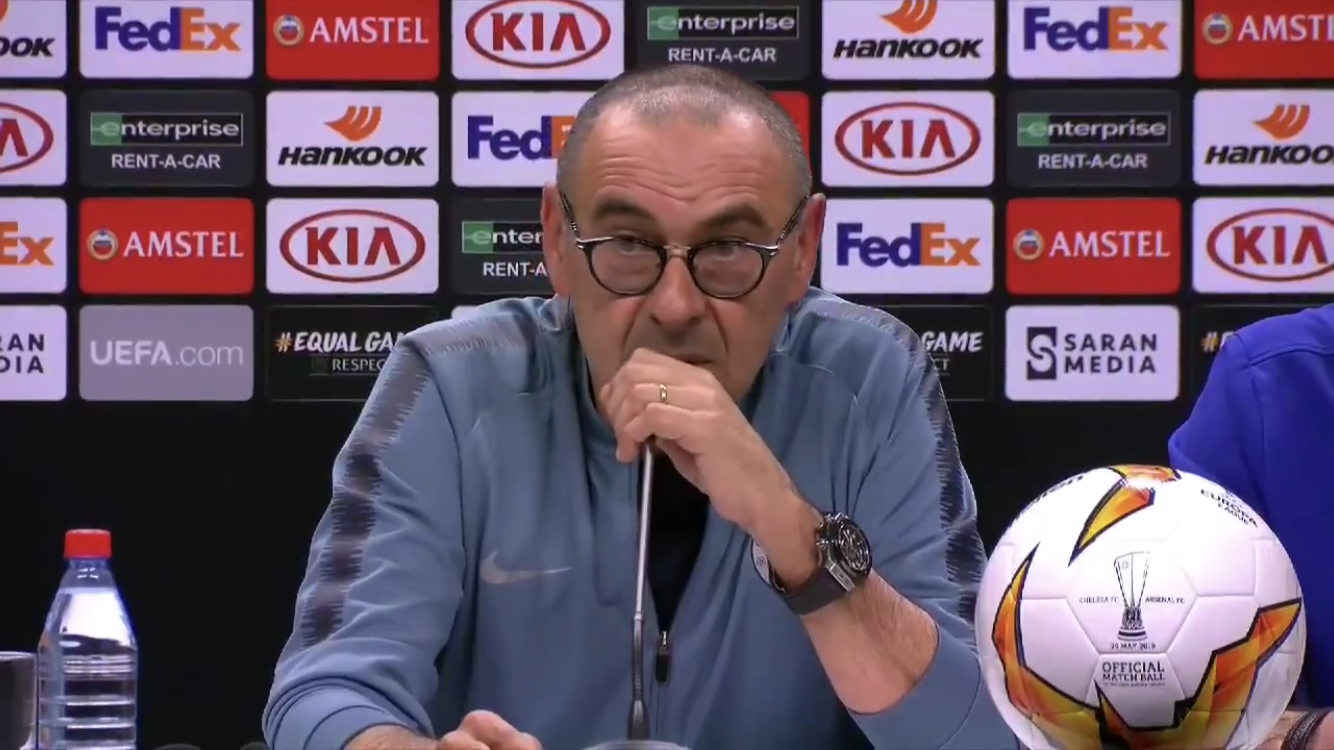 Chelsea manager, Maurizio Sarri has said contrary to Nigerian football fans’ belief on how the Blues’ season has panned out, they’ve had had a great season.

Sarri, answering my question about Nigerians’ displeasure with the team’s season, said he doesn’t share in the sentiment.

He explained that the Blues played in the league cup final against Manchester City, whom he believes is the best team in Europe at the moment, and lost on penalties, defeating Liverpool and Tottenham (the UCL finalists) in the process.

The former Napoli manager added that Chelsea are back in the Champions League, a position he didn’t meet the team in, and may cap an already ‘wonderful’ season with the Europa League trophy.

”We did a wonderful season because in the last season, Chelsea wasn’t in the Champions League and now we are. We played in a competition where we played Liverpool and Tottenham and lost the final by penalties to Manchester City, the best team in Europe in my opinion at the moment. Tomorrow, we will play the final in the Europa league, and a Cup final victory will make our season wonderful,” the Italian said.

I conveyed the displeasure of a couple of Chelsea fans in Nigeria at the inconsistency of Chelsea to manager Maurizio Sarri but he insists Chelsea have had a good season. ©UEFA #GreenBetInBaku @GreenBetNG pic.twitter.com/mgqYDYSGtG