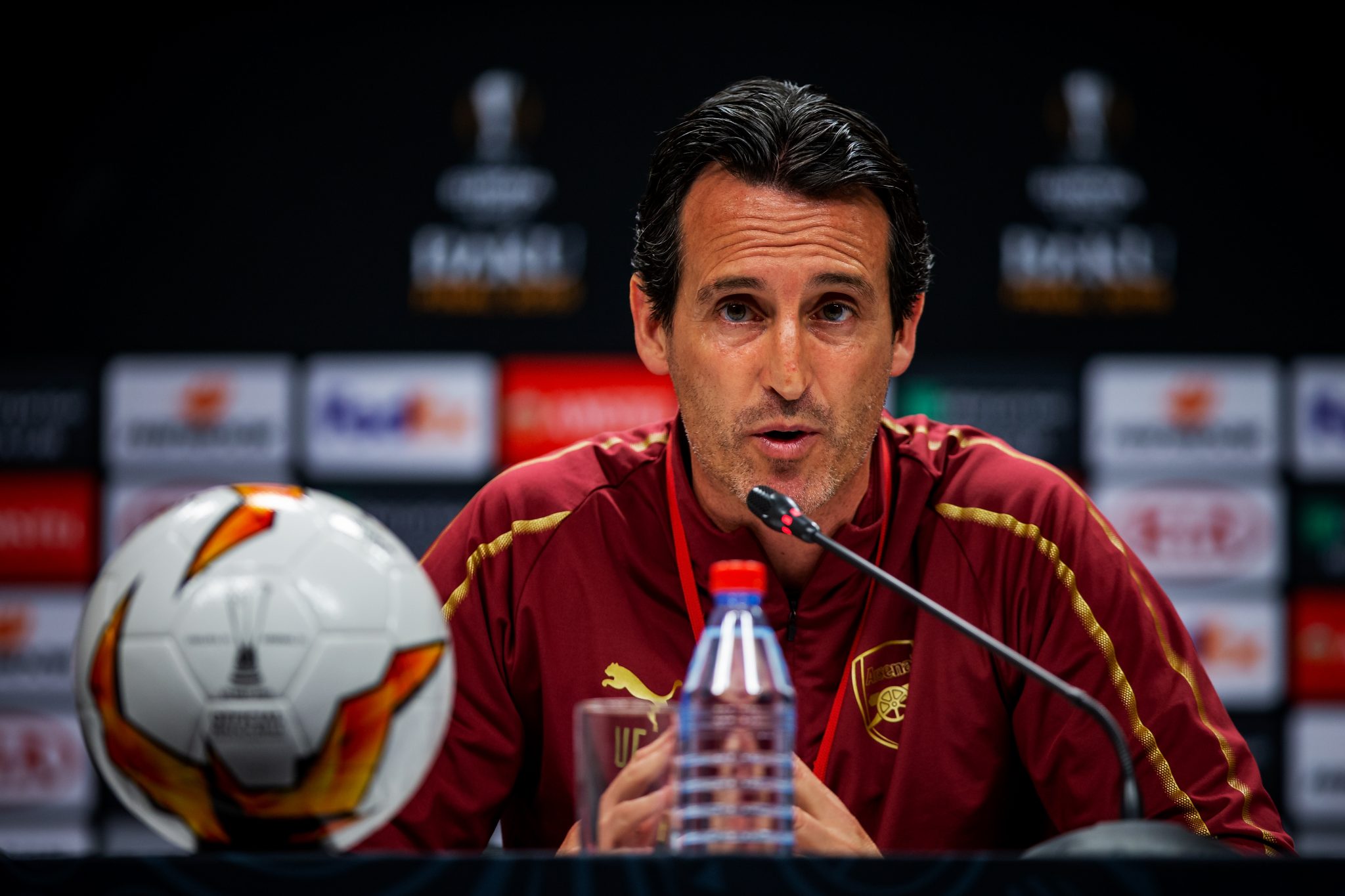 Arsenal manager, Unai Emery has stated that Arsene Wenger’s name will not be carpeted soon by any manager’s due to the great efforts he put in for the club.

Emery, in his response to my question, during Arsenal’s pre match press conference ahead of the Europa Cup final in Baku said, while he is also putting his all to ensure that the Gunners attain a higher pedestal in European football, he has great respect for the Frenchman’s quality.

The former Sevilla and PSG manager said the Europa League represents the beginning of a rejigging that will see Arsenal climb a higher platform and he is committed to the cause.

He also revealed that prior to the beginning of his managerial career at Arsenal, he spoke with Wenger and he passed on some of his knowledge about the game and as a person to him.

”All he did was mighty in this club. And it has increased expectations from me at the Arsenal.

He brought a lot of important things to the club- a new football culture especially, and I want to hold on to that and improve on it.

”We spoke when I arrived here, and he told me what to work on and maintain.

Firstly, it is to be competitive in all situations and to achieve every possibility in our way, which we will start with this European title.

”We also want to achieve the best position for Arsenal, in the present and in the future, we are expected to be one of the best 10 teams in the world and our objective is to achieve that,” Emery said.

Arsenal are set to face Chelsea on Wednesday night in Baku, the Azerbajaini capital.

Both teams have since arrived the city, with fans trooping from different parts of the continent to see the London derby in one of European football’s unlikeliest cities.

I asked Arsenal Manager Unai Emery if it would be fair for us to say has surpassed all Arsene Wenger did at Arsenal if he wins the Europa Cup against chelsea tomorrow in Baku. His response: ©UEFA pic.twitter.com/p231DV9V3P