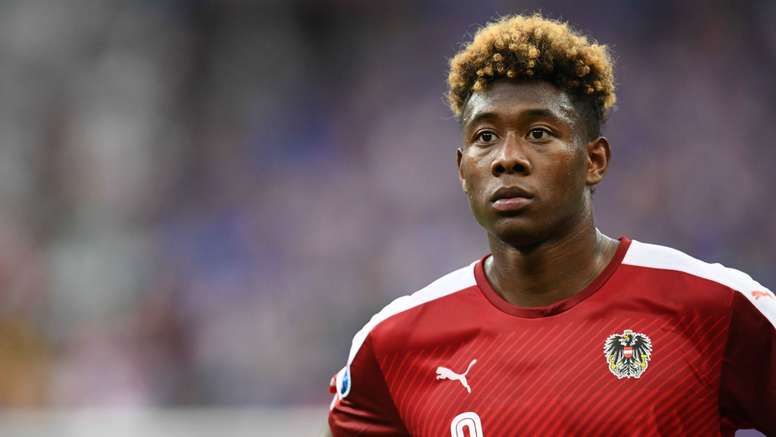 In an exclusive interview with Omasport, Alaba said he has a strong connection with Austria and feels at home there.

While he was thankful for the love shown to his sister by Nigerians, he said he would choose Austria over Nigeria time and again, if allowed to turn back the hands of time.

Alaba said; “I feel very proud to play for Austria. I was born and raised in Austria and very glad I play for them.”

”We as a family are very thankful for the love shown to my sister, and that’s my root; my father is from there. I hope I can visit Nigeria soon again, and my sister is having a great time over there.”

On being worried by Bayern’s latest acquisition of French full-back, Lucas Hernandez in a Bundesliga record €80m deal, Alaba said;

”I know that the pressure is always big at Bayern and it’s why we always want to be at the top. Bayern Munich is a club that wants the best players in the world and in good with that.”

Alaba, who is also comfortable playing as an attacking or defensive midfielder, said the quality of the teams in the Bundesliga has improved as evidenced by the difficulty the Die Roten had during the season.

”The teams here don’t sleep, and they do an excellent job. We had some games in the first round of the season which we didn’t do an outstanding job that we know but we came back very good so it has been that way, and we are top of the table.”

On links with Arsenal, Alaba said he is focused on Bayern Munich and wants to achieve great success with the team.

”I’m focused on only Bayern Munich at the moment, and this is where my only focus is at.”

Nigeria:John Obi Mikel returns to the Super Eagles for AFCON 2019.
Kovac- We Want To Win The Double
Change Language »