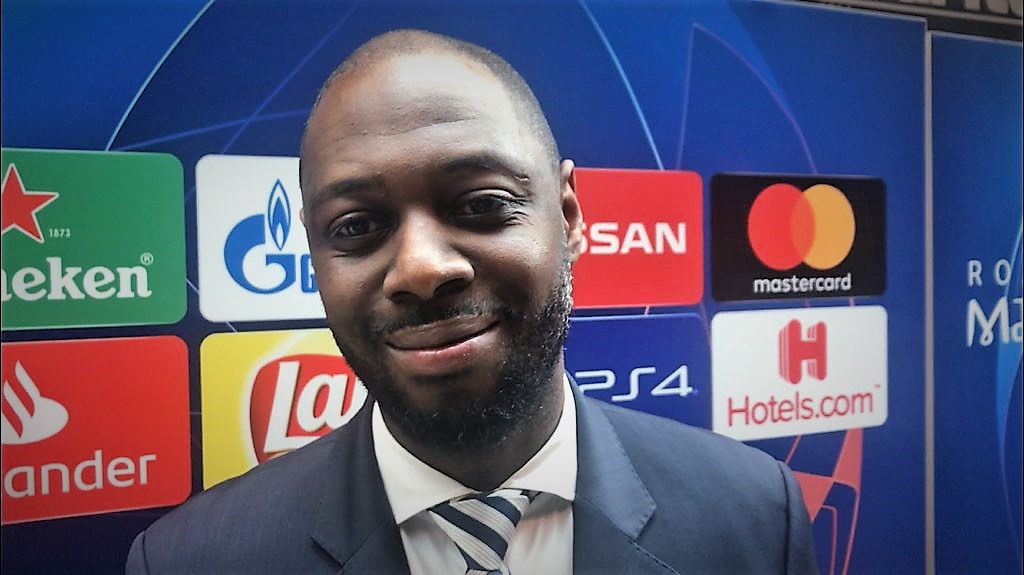 It’s been more than a decade since four English teams progressed into the quarterfinal of the UEFA Champions League.

The draws paired two English teams, who were not there a decade ago as Tottenham drew Manchester City. Manchester United and Liverpool, who are the two other teams drew Barcelona and FC Porto respectively.

Omasport met with former Tottenham and Three Lions defender, Ledley King on Friday at the draws at Nyon and he was positive about the chances of English teams in the competition.

King, who was representing the Spurs was positive about the chances of a Premier League team lifting the trophy.

He said ”it just shows the strength of the Premier League right now obviously six teams trying to get into the top 4 for this champions league next season. Six very good teams. It shows the strength that we have in the Premier League at the moment. And I think that has been translated into having four teams in a quarter-final of the Champions League. So it’s a great time for English football right now, and you like to think that there will be an English team winning the Champions League this season. Hopefully, it will be Tottenham Hotspur.”

On Harry Kane being a very crucial part of Tottenham’s chances of progression. King said his goals have been important for the team and will be needed more than ever.

”Of course, he is always a valuable player for the team. His goals have been translated from the Premier League into the champions league as well which has been significant. Of course he always a key player. When you have your top scorer still scoring goals and playing with confidence, It gives the team confidence. So Harry Kane will be ready as he is always is and hope he does well.”

On the team he would have picked instead of Manchester City if he had his way he said:

”It is very difficult to pick you know, if you look at Man city Manchester Utd then you look at Barcelona, Juventus. Top teams. Ajax beat Real Madrid in the last round. They are a good team and then Porto who are unbeaten in the group stage. There are no easy games at all and to be honest, we try not to think about it too much and just let it happen and see who we got. If the team plays well, they can win any game, and if they don’t perform well, they can lose any game at this stage. You just take what you get.’

He said predictions of the winner of Champions League is tough because every team is stable at this stage of the competition.

It is difficult. You always look at Barcelona because of their pedigree, they have been there many times, but maybe there would be a surprise this year. It could be one of them years. We have seen Real Madrid, PSG and Bayern Munich drop out so why not Tottenham this year, with the way they have performed so far, great result against Borussia Dortmund, beating them at home.”

He remained hopeful about Tottenham’s progression, using the North Londoners’ familiarity with Manchester City as an advantage.

”Why not, and again playing against Man City, a team they know very well. We would see.”

Champions League: Andy Cole- It is 50-50 between Manchester United And Barcelona
Bayern Munich In Talks With Everton For The Signature Of Henry Onyekuru
Change Language »