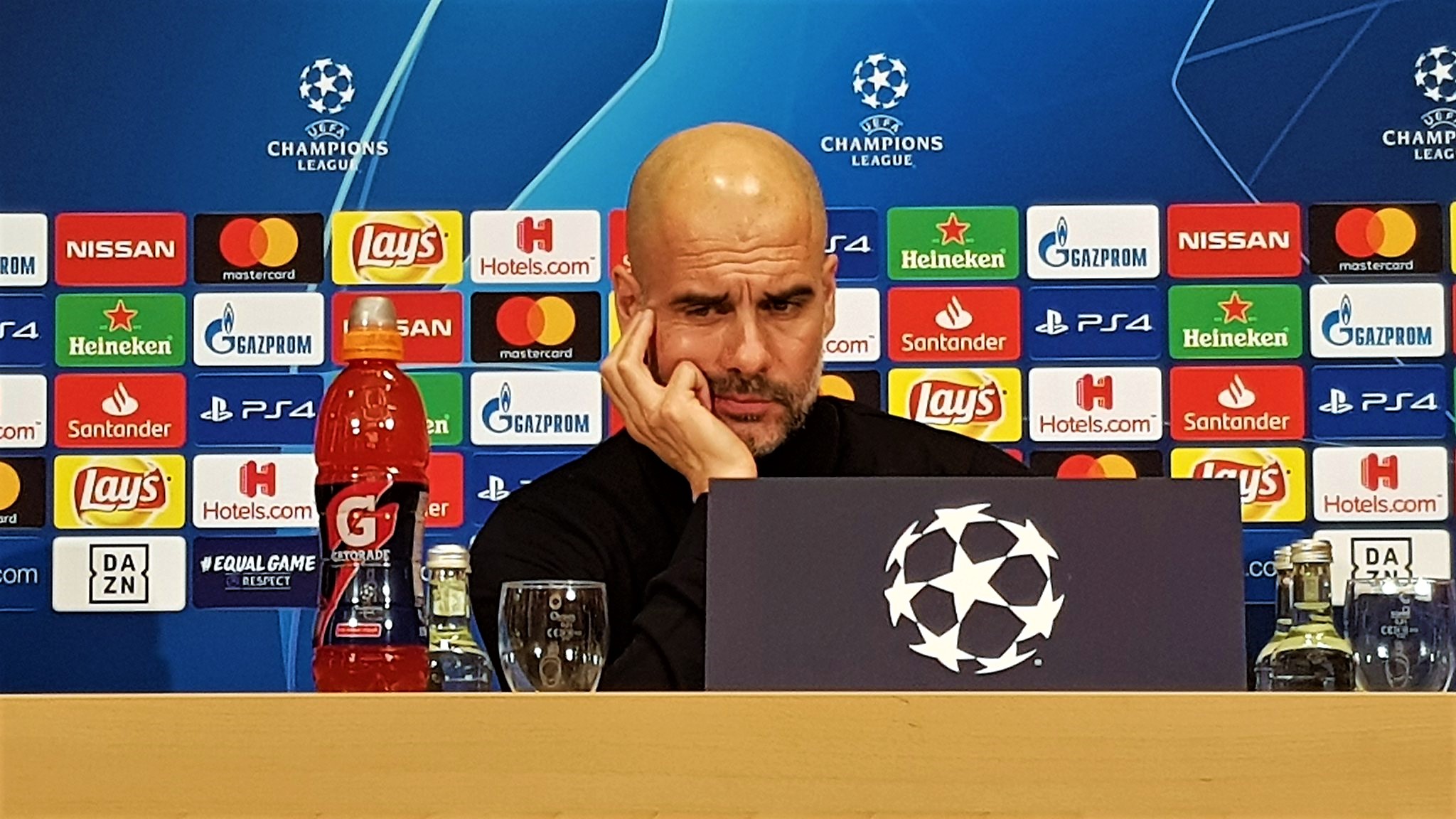 Manchester City manager, Pep Guardiola has admitted he was fortunate to have had players like Messi Niesta and Xavi as Barcelona coach, and that made winning the UEFA Champions League easier for him. Guardiola, while responding to questions from Oma Akatugba, during Manchester City´s pre-match Press conference, ahead of their champions league Match against Schlake 04 in Essen Germany, said he was lucky to have managed incredible crop of players at Barcelona.

I asked- You are extremely popular in Nigeria because of your achievements at Barca, but at the same time, you have provided great arguments on the Nigerian Twitter space. Those who believe in you think you are the greatest but those who are not for you argue that your inability to win the Champions League despite so many domestic successes cut across some of the world’s toughest leagues is down to not having ”Messi, Xavi and Iniesta” in your team, he said he agrees with them. Responding, he said; “I agree with them. I completely agree with them. Of course, in Barcelona, I said I won because of the special and incredible players. I did in Munich and Manchester City as well, but I was a lucky guy in Barcelona, I am sorry. I’m agreeing with them,” the Barcelona legend said.

Guardiola on the old "fraud" accusations, namely that he only won the Champions League because of Messi and the lads. I've kept the question in because fair play to the lad, it was delivered excellently. NB I don't think Guardiola believes this pic.twitter.com/A685Uwqvw6

Pep Guardiola will lead his lads against Schalke 04 in Germany as he attempts to win the prestigious UEFA Champions League for Manchester City, a trophy regarded as the holy grail for the Arab Millionaires, owners of Manchester City.

Real Madrid Feel Ready To Play Anyone – Ramos
Kevin De Bruyne- The Champions League is the Biggest Competition And We Want To Win It.
Change Language »