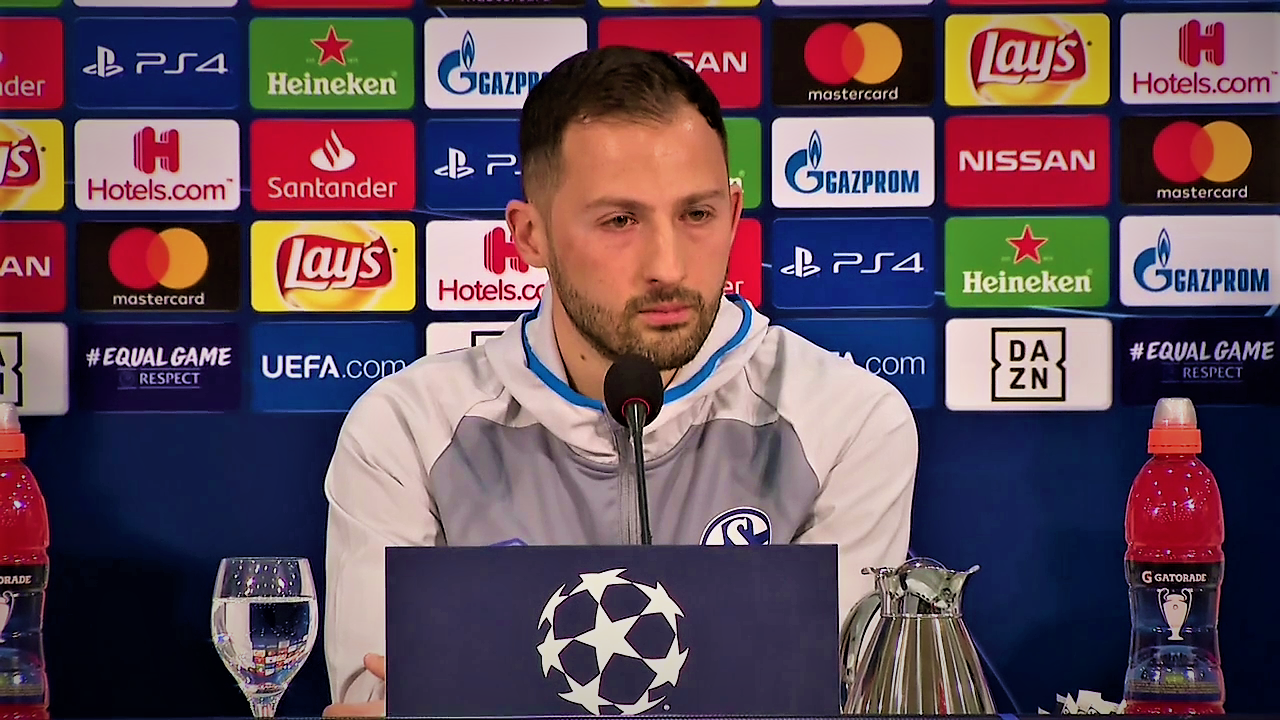 Schalke 04 manager, Domenico Tedesco has said his team will be focused against Manchester City and are not afraid to impose their philosophy on them when they play at the Vieltins Arena, Gelsenkirchen.

Omasport’s Oma Akatugba asked Tedesco if Manchester City’s recent stellar record against German teams is anything to be afraid of, and if it will be affecting his lineup, he said;

”I won’t tell you the lineup of course. But it would be a mix. It doesn’t matter if we are playing against Hoffenheim or Manchester city or a lower league team. We focus on ourselves. What are our qualities, what are the things we want to put in place on the pitch, What matters is playing our way and according to our philosophy. We want to show constant performance

Our formation will be slightly different because the games are different, so we have to make some changes.

We will approach the Manchester City game with high confidence and give it our all,” he said.

On if he is showing nerves ahead of the game against Man. City, Tedesco said;

”I must admit I always get nervous before games, and it is to help me focus, nothing more, nothing less. Tomorrow, it will be the same against Manchester City. The game will be more about anticipation, and I’m looking forward to seeing my lads play on the pitch.”

On his part, left back, Bastian Oczipka said;

”Being underdogs is great.” It’s nice if everyone thinks like that. We have to play the game first, and we expect Manchester City to live up to their favourites tag.

On showing nerves before games; He said it’s a normal thing as it helps them to be focused.

Being nervous helps us out. It gives us anticipation, and it doesn’t matter the team you are playing. It may be the German Cup, Bundesliga or the Champions League.

We hope to turn the nervousness to anticipation joy, excitement and victory.”

@s04_en manager Domenico Tedesco and Keft back Bastian Oczipka admits having being a little nervous ahead of clash with @ManCity but they believe it is for the right reasons. They respond to @omaakatugba’s question. pic.twitter.com/XacnwrC1nt

Schalke 04 will play hosts to Manchester City at the Vieltins Arena in a Round of 16 UEFA Champions League fixture.