Champions League: Video- Real Madrid Created Less But Won The Game; We Have To Learn From Them – Ajax Manager 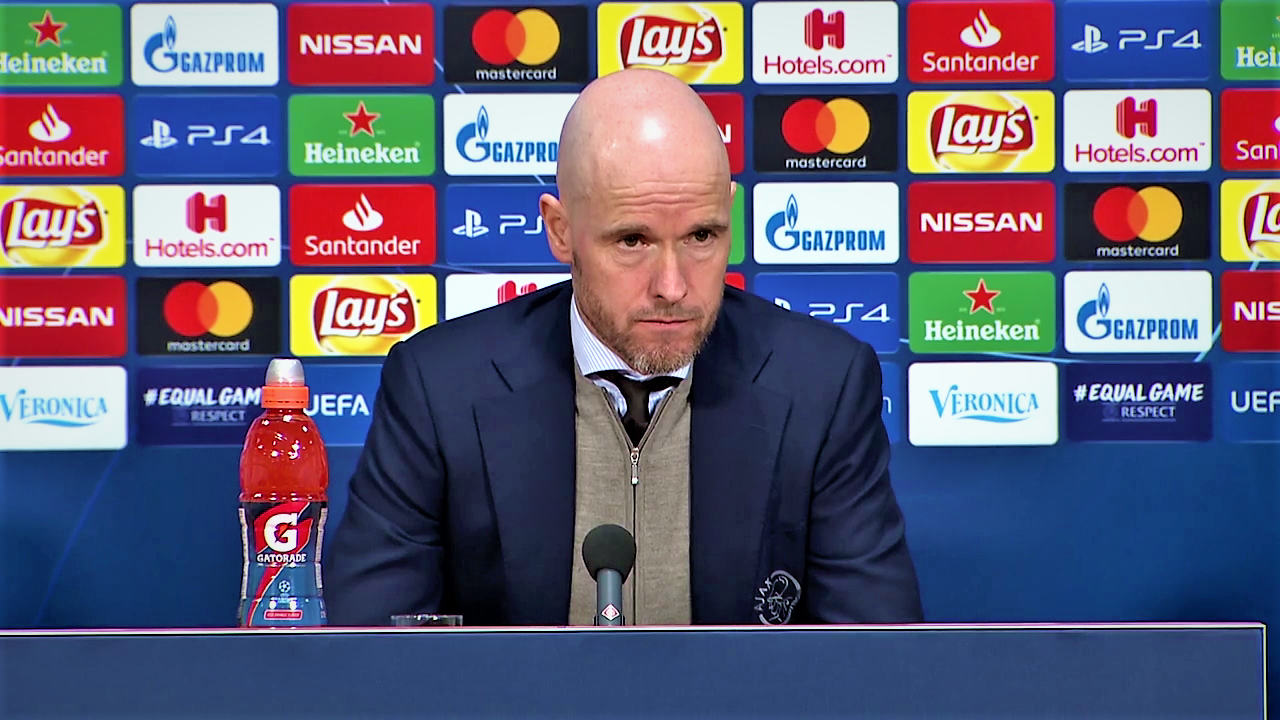 Ajax Amsterdam manager, Erik Ten Hag has said his team has a lot to learn from Real Madrid.

The Dutch giants lost 1-2 at the Amsterdam Arena to Real Madrid in a night they gave their all but were undone by many missed chances.

Ajax dominated play and took the game to the Spanish giants from the blast of the whistle.

Responding to questions from Oma Akatugba after the game, Ten Hag said;

I realise we have to improve. You usually don’t create a lot of chances against top teams, but we did.

“And we have to be more ruthless. We have a lot to learn from Real Madrid – they created fewer chances but won the game.

“It was a very sharp cross. I’d have to take another look at it. From my position, I won’t say it was a mistake, but I’d have to see it again.”

Ajax faces an uphill task as they hope to spring a pleasant surprise against the defending champions.

Perhaps learning from Real Madrid may help the young Ajax team to a famous elimination of the Spanish giants.