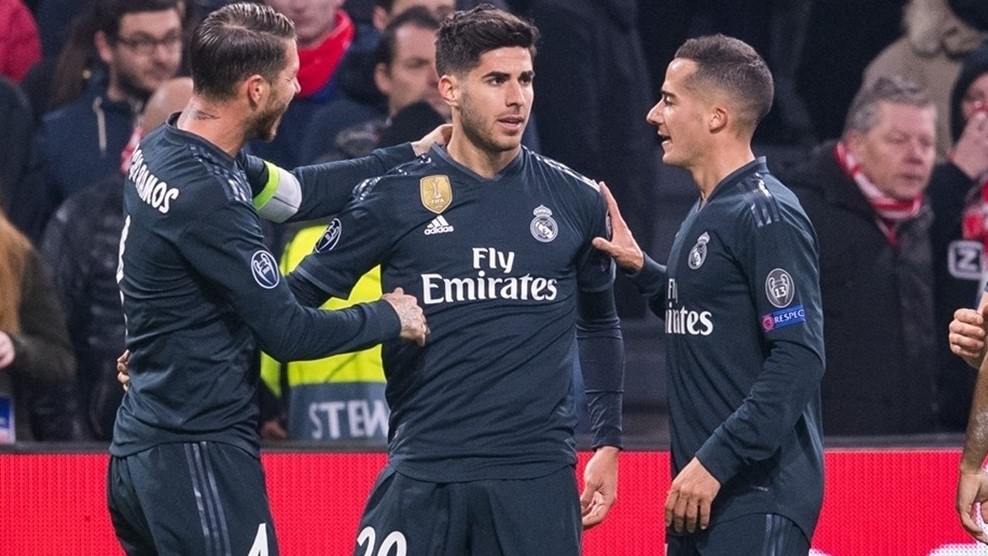 Ajax started the game like a house on fire at the Johan Cryff Arena but paid dearly for their lack of cutting edge in front of goal. The Erik Ten Hag tutored Ajax side scored a goal, after several attempts at the 36th minutes, but the video assistant referee controversially disallowed the goal after Real Captain Sergio Ramos contested the goal. A short from Vicinus in the 13th minute that was parried by Onana and a weak effort by Bale in the 31 minutes where the only two real attempts real could muster in a difficult first half for the Spanish giants.

Real Madrid started the second half a more confident side, and it didn’t take too long before they capped it  with a goal by Benzema, after a brilliant run by Vicinus in the 60thminute to make it the French man´s 60th goal in the UEFA Champions League.

Fifteen minutes later, Morrocan Hakim Yizech equalised for Ajax, sending the Ajax fans inside the stadium into delirium, but Marco Asensio struck late on to seal the tie for Real Madrid.

The return leg will take place on Tuesday the 5th of March at the Santiago Bernabeu.