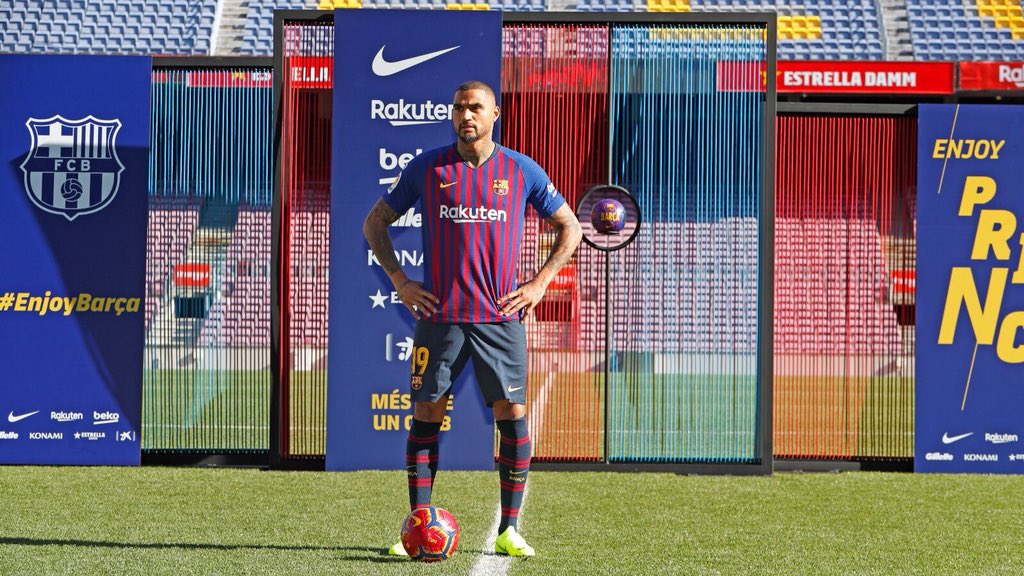 Dreams come true! And it has been stressed again, by Barcelona newest signing, Kevin-Prince Boateng.

Boateng completed a move from Italian Serie A side, Sassuolo to the Camp Nou and has been unable to contain his joy.

At his presentation ceremony, KPB said;

”It’s sad to leave Sassuolo but I’m very happy to join Barça. Sassuolo is a very nice team but this is an opportunity I can’t say no to. I can even run to Barcelona and not even take the plane. I was surprised when I learnt that Barça were interested and I’m here to play for a place in the best team.

I didn’t see the idea happening but it was like a dream when the move happened. It’s a massive honour.”

Boateng revealed that playing at Valencia-based team, UD Las Palmas will help him settle more easily as he considers Spain a second home.

He said; ”It’s great to have gotten experience. This place is like a second home for me, so it will be beneficial to me.”

On playing in the Spanish La Liga, the former A.C Milan attacking midfielder said; ”It’s the best league in the world, it has the best stadiums and players and it’s perfect for me to have a chance to play here again.”

Conclusively, he said Messi is the best player in the world when asked to choose between the Argentine talisman and Cristiano Ronaldo.

”Leo Messi is the best player in the world and in every other world too,” he said as journalists burst out with laughter.