EXCLUSIVE: Leon Balogun Explains Why He Doesn’t Sing In The Super Eagles Camp, Nigeria And Religion, Prayers And How Wizkid, Davido Helped His Pidgin 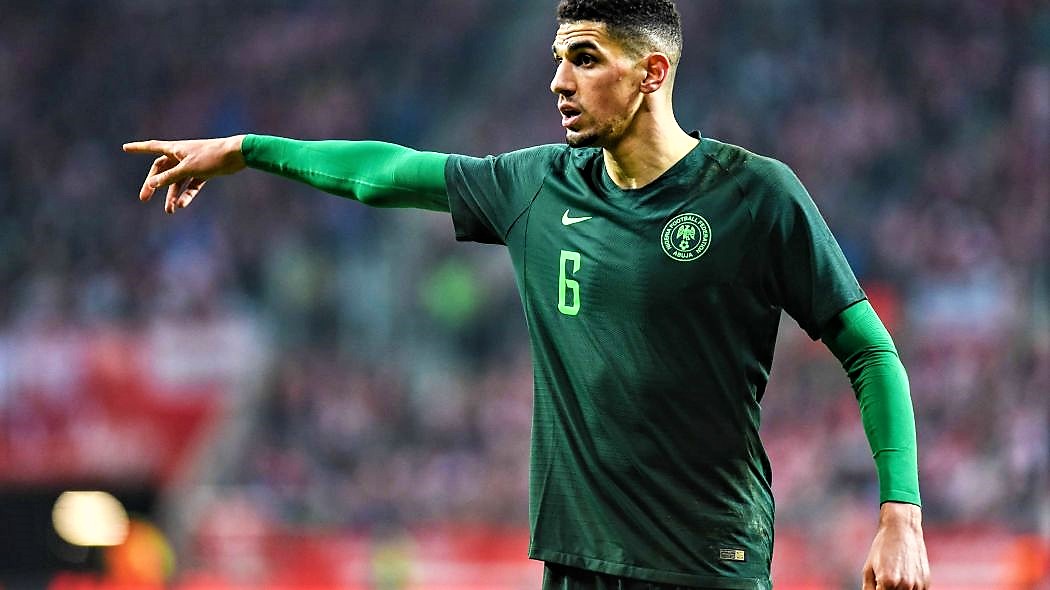 German-born Super Eagles defender, Leon Balogun has revealed exclusive details of his time so far in the Super Eagles in an interview with omssports.tv .

Balogun, when quizzed on his experience of any culture shock in his time so far in the Nigerian senior national team, said one of the biggest things he has learned while playing for the Super Eagles, is the premium placed on religion in Nigeria, and this is wholly displayed in the Super Eagles camp too.

The former Mainz 05 of Germany defender is known to usually keep his cool when other Super Eagles players sing and dance before and after games.

”The thing is religion. God is a very very big thing in Nigeria and for the players also. In Nigeria, it’s like a tradition, and they start to sing the song. I don’t know most of the songs from Germany, though I got to know some few words I enjoy it very much, ” he said.

Balogun went on to say he follows the melody at times and finds himself clapping and singing along but most often, he stays quiet and observe.

”Sometimes I get to sing along and clap, but I don’t know the complete songs. I always get hyped as well, and I always enjoy it because I’m a camp guy.” He singled out goalkeeper, Ikechukwu Ezenwa for his energetic displays during singing and worship, adding that he asks him to relax at times before games.

”Ezenwa goes crazy, and I will tell him we have a game in one hour, and I tell him to relax because he will start to sweat, but I like it.

“We have Kelechi, and he’s always gonging hard, and then John Ogu and Chidozie Awaziem always buzzing hard. I like it, but I cannot participate like them because it’s just not the way I was brought up. When we drive to the game, here in Europe with my club, Mainz(the club he played for when he held the interview), everybody is on the seat with some messaging their family, and others listening to their music. Once we get to the locker room, we have our sound system, and we put the music up, but nobody is dancing. I’ve seen Alex Iwobi Snapping about it or something. Sometimes when I’m here, I miss the way we go to the games, it gives you some special kind of mood. Everybody is together, we pray together, laugh together, we are friends together, and you are just positive. Sometimes when we go to the games here, everybody keeps quiet and tries to focus. Maybe sometimes it’s too much tension. If we were in Nigeria, we could lose the pressure because it will come anywhere once you hit the field for warm up.”

The former Fortuna Dusseldorf defender said he doesn’t get lost in the Super Eagles camp because he tries to do his best for the team’s unity but acknowledged the gap between the difference in the cultures of Germany and Nigeria.

”I’m not really lost, I just try to play my part as good as I can which I feel is not too good because I’m not from here with all the songs. I wouldn’t dance there. I dance later after the games.”

Balogun was asked on the style and culture he prefers to have and he said;

”It depends. Before I came to the national team, I never knew it this way, but as I said, I enjoy it really much. Sometimes if I’m in the mood where I’ll like to focus, then for me it’s okay just to sit and have my peace. So I’d say it depends on the mood. How focused I am or how serious the game is and my situation. If I want to focus really hard, then I listen to my music and just have my peace, close my eyes, breathe and just calm down. But if I’m relaxed, and want to party before the game, I try to have a good game, win it and then party after the game.”

On how he communicates with other Super Eagles players on the pitch, Balogun, one of the two colloquially tagged ”Oyinbo wall” said;

”I communicate with English because I’m not familiar with pidgin, because here in Germany, I don’t have too many people I can talk with. I think I hear a lot in the meantime, but the problem is I don’t have the confidence to speak so I’d need someone like Dele around me who speaks to me on a regular basis because then I can hear more, I learn a lot from hearing.”

He said the root of his pidgin is Nigerian music, adding that listening to Wizkid and Davido has helped him understand pidgin the more.

”Most of the pidgin I know is learnt from songs of Wizkid, Davido or whoever.”

Leon Balogun, who has since moved to Brighton & Hove Albion has a Nigerian father and a German mother.

He joined the Super Eagles in 2016 after being convinced to switch his football allegiance to Nigeria.