Sarri comes hard on his players after Arsenal defeat. 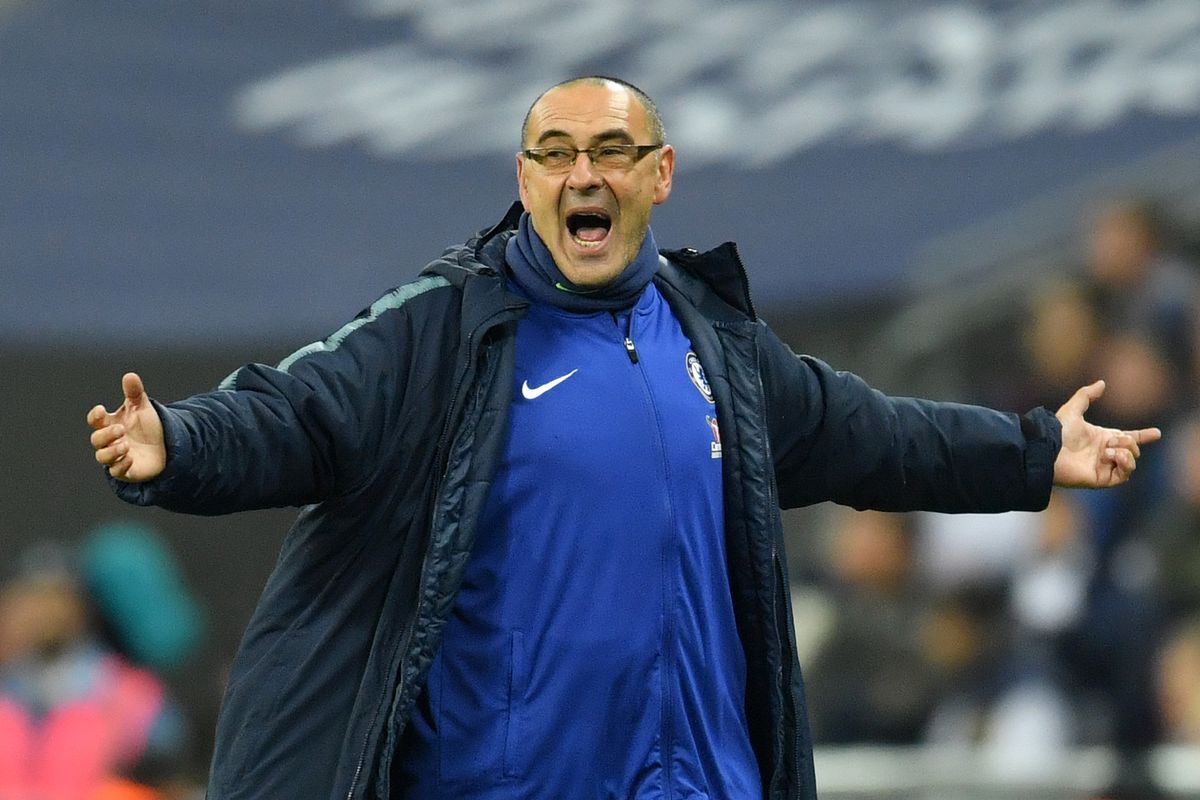 Chelsea manager, Maurizio Sarri was furious in his reaction to the Blues’ 2-0 defeat to Arsenal at the Emirates.

Sarri was furious as he blamed his players for not showing the right mentality, and perhaps, quality against the Gunners.

”I have to say I’m furious, furious indeed,” a frustrated Sarri said.

He called for an instant reaction from the team, as he believes a new player or an old player of the team can assume responsibilities and motivate others to up the ante.

“This defeat was due to our mentality more than anything else, our mental approach. We played against a team which mentally was far more determined than we were. And this is something I can’t accept.

We had a similar issue in the league game at Tottenham. We spoke a great deal about that loss and our approach at the time, and I talked to the players, and I thought we’d overcome this issue.

But it appears we still have this issue and we always seem to lack sufficient motivation and being mentally stable and our determination. So I’m not happy, I’m not satisfied.

I’d prefer to come in to the press room, be in the changing room and speak to the players and speak to you now, to talk about the tactics, about why we lost from a tactical point of view, but the fact of the matter is it appears this group of players are extremely difficult to motivate.

“This is not a team that is going to be well known for its battling qualities, but we need to become a team that is capable of adapting, possibly suffering for 10 or 15 minutes then play our football.

“You can find yourself in difficulties from time to time, but we need to react to those difficulties a lot better than we did today.

You have to influence them. It could be about a new player coming in or one of the old heads taking control,” he said.

“A player at this level can’t be afraid to face up to their responsibilities.

“The best thing that can happen is that the players and I talk very openly about what happens.

“I am the person responsible for the players, and it is crucial for them to have the attitude.

“If they can’t then maybe they shouldn’t be playing at this level.”

Sarri has had a Topsy-Turvy season as Chelsea manager, impressing earlier in the season with his ‘total football’-esque Sarriball style.