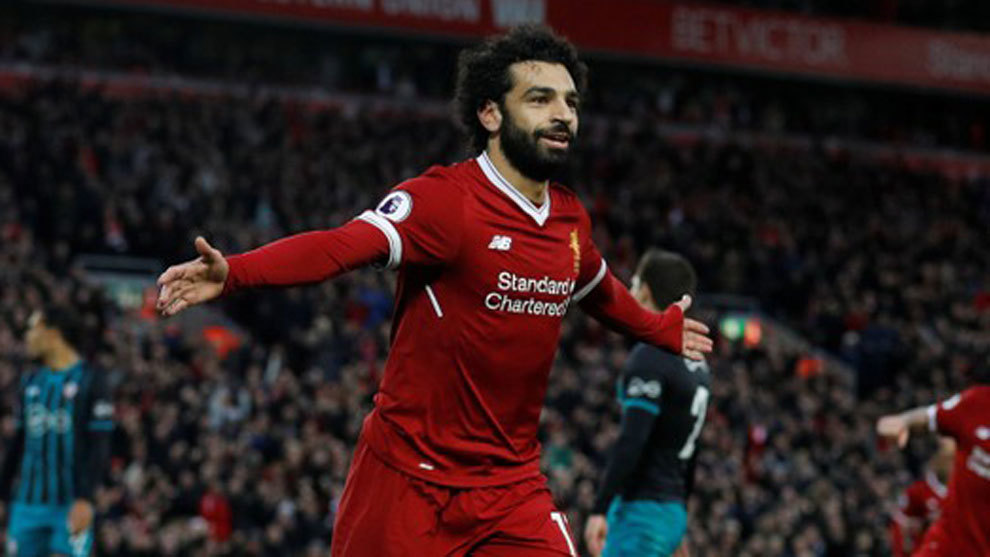 Egypt football legend, Hassan Mido has opined that it will be tough for Liverpool FC to keep his fellow countryman Mohamed Salah.
Speaking during a CNN interview, the former Tottenham striker said,

“I think Liverpool is a massive club and everyone loves him there, why would he think of going anywhere? But in football, if Barcelona and Real Madrid show any interest in you, your head will flip a bit.

“Barcelona and Real Madrid are in a different level, no disrespect to Liverpool. But I think the Spanish giants waited to see what Salah will do this season again because they do not buy players after only one stellar season. If Salah scores more than 25 goals this season, I think they will come for him, and it will be tough for Liverpool to keep him.

Salah had a stellar first season at Liverpool in 2017/2018, scoring a total of 43 goals in all competitions (32 in the premier league) and grabbed the English premier league’s top scorer’s award, the best by any Egyptian in top-flight European football. He has already scored 12 league goals this season and 3 in the Champions League. Mido thinks it may be difficult to replicate the heroics of last season but believes Salah is already having a good season.

“He can never play at the level he did last season, but I think he is doing great. What he did last year was unbelievable. If he can score 25 or more goals in one season, it’s still excellent. I feel sorry for him because people are expecting much from him, but I think he has kept his head down, he keeps working hard every day, has a great character, and I am sure he will score at least more than 25 goals this season.”

Mido, just like Salah also played in the English premier league between the year 2004 and 2009 (five years) for Tottenham Hotspur, Middlesborough and Wigan respectively. He scored a combined 29 goals in his five years in the English premier in 107 appearances. A record surpassed by Salah in just one season at Liverpool, a club he joined on his return to the English premier league after a not too impressive stint at Chelsea FC. His 11 UEFA Champions league goals were very crucial in helping Liverpool reach the final of Europe’s elite competition. He could however not make his impact felt in the final match against Real Madrid as he was sent off with a broken arm after he clashed with Sergio Ramos early in the first half of the game. Salah could only return to action during last summer’s world cup in Russia but he was not able to feature in Egypt’s first world cup match against Uruguay, and the Egyptians were knocked out of the competition in the first round.

Mido, who won 51 international caps, believes that with what Salah has achieved so far, playing at the top of European football is enough to declare him the greatest player in the history of his country Egypt.

“He is playing at a great club, and he knows how much he is appreciated by everyone around him and a great manager in Jurgen Klopp as well who has helped him both on and off the pitch.

TOKYO 2020- My Tokyo experience- How Japan has recovered from the earthquake of 2011 drawing strenght from the power of sports.
Jerome Boateng declares 2018 his most difficult year as he says his visit to Ghana has been enlightening and emotional.
Change Language »