EXCLUSIVE: Jamilu Collins- I am happy in Paderborn 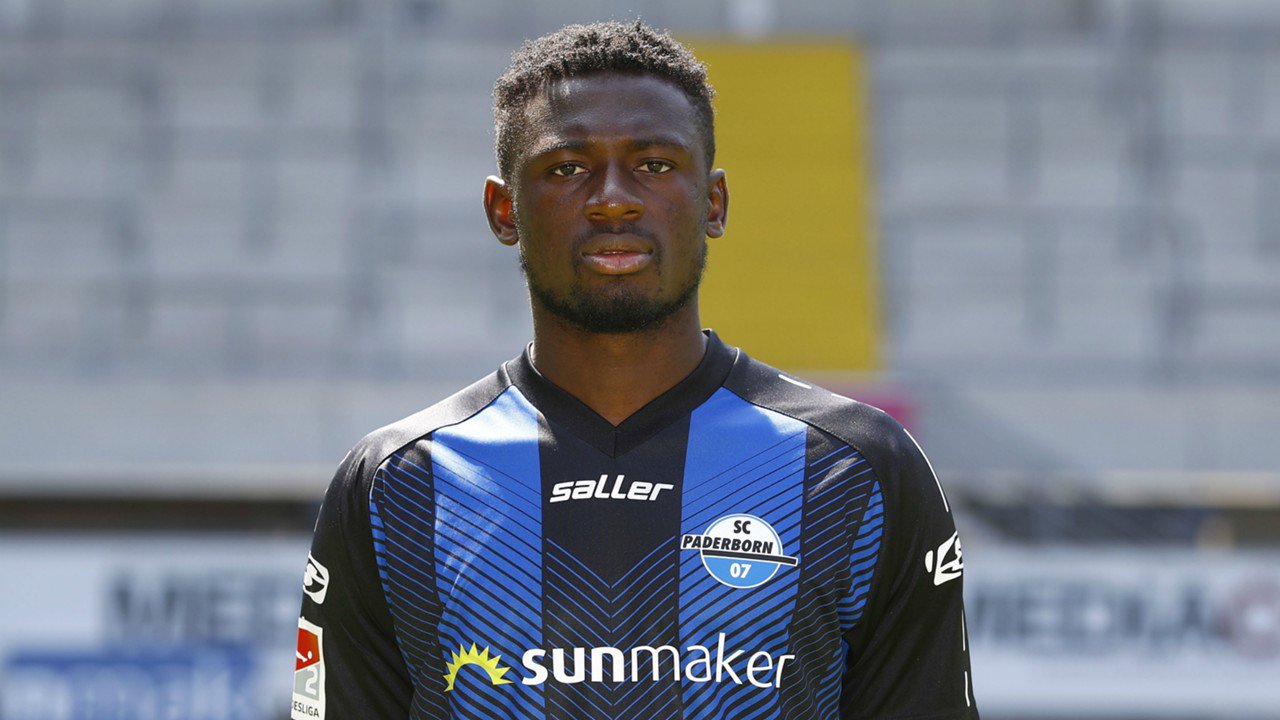 He broke into the super eagles of Nigeria like a thief in the night. However, his journey so far hasn’t been all rosy. Jamilu Collins is the new man who seems to have provided the solution to coach Gernot Rohr long time worry of a reliable and natural left back in the Nigerian national team. The German tactician never hid his concerns about the left back position and how he was desperate to find a lasting solution to that position.

Jamilu Collins was born and raised in Nothern Nigeria, Kaduna to be exact. He started e dusty streets, just like many other young African footballers. The Abuja football academy later scouted him. The left-back moved to Croatia where he signed with Rijeka in 2012. He found it challenging to break into the Rijeka team and was shipped out on loan in 2013 albeit, on his request. He returned to Rijeka and played with the reserve team before going on loan again to NK Krka of Slovenia.

Everything began to look bright for the young star in Slovenia where he was playing regularly, but Injuries clogged his wheels of progress. He spent the most of his loan spell injured. He moved back to Rijeka after his loan spell was over, but injuries would not allow the new Super Eagles of Nigeria left back to function and he was consequently asked to go on a free.

Then came Paderborn, a third division German outfit, as of the time he joined.

Jamiu would sign a two years contract in September 2017, after impressing on trials. He went on to earn 19 appearances, helping SC Paderborn to the second spot and gaining promotion to the second division, known in Germany as the Bundesliga 2.

“My Paderborn story is a phenomenal one. After spending five years in Croatia, it was time for me to move on to new challenges. So I spoke with my agent and Paderborn came up.

He arrested the attention of the Nigerian national team manager who handed him a dream opportunity to play for his country. He was in the team that faced Seychelles in a 2019 African Nations Cup qualifiers but couldn’t get to play. He would later feature in an international friendly against Liberia, a match that starred the country’s president- former world footballer- George Weah. Jamilu would go on to gain his competitive debut against Libya in an AFCON qualifier in Uyo Nigeria. Nigeria won by 4-0. He also played all nighty minutes in the reverse fixture in Sfax Tunisia.

His impressive display in Nigerian colours and at SC Paderborn has possible placed Jamilu on the radar of agents and clubs in the Bundesliga and elsewhere in Europe, but the 24- year old looks like gis is not thinking of a move away from SC Paderborn now. Instead, he is focused on completing his mission in the east of North Rhine-Westphalia.

“The dream of every player is to be at the top, but I will say time will tell because in football you never know.

“You can say I want to be here today, and tomorrow you find yourself somewhere else, but for now, I am satisfied in Paderborn because I was well received here. Paderborn means so much to my family and me as well. I am happy to be here.

“We all know that the Bundesliga 2 is one of the best, if not the best in the world. There is no doubt about that. You can compare it to some of the first divisions in Europe. The level here is high.

Jamilu lives in Paderborn with his Croatian wife and son Santiago. His wife‘s name is Ina. They have found comfort in this small German city, and Jamilu says, “I love it here already. The city is quite lovely. Small but filled with friendly people. People who make the city great. They are kind and courteous, and the people here see you every day, and that is important.”

SC Paderborn played in the Bundesliga between the year 2013/2014 and aimed to return to the zenith of German football, that is the main focus for Jamilu.

Our target is to reach the Bundesliga, and we are working extremely hard to achieve it. Jamilu concluded.

Salomon Kalou hopes Nigeria can convince “fantastic” Torunarigha to change his mind.
EXCLUSIVE: Andre Onana- I am happy at Ajax and that is the best for me at the moment.
Change Language »