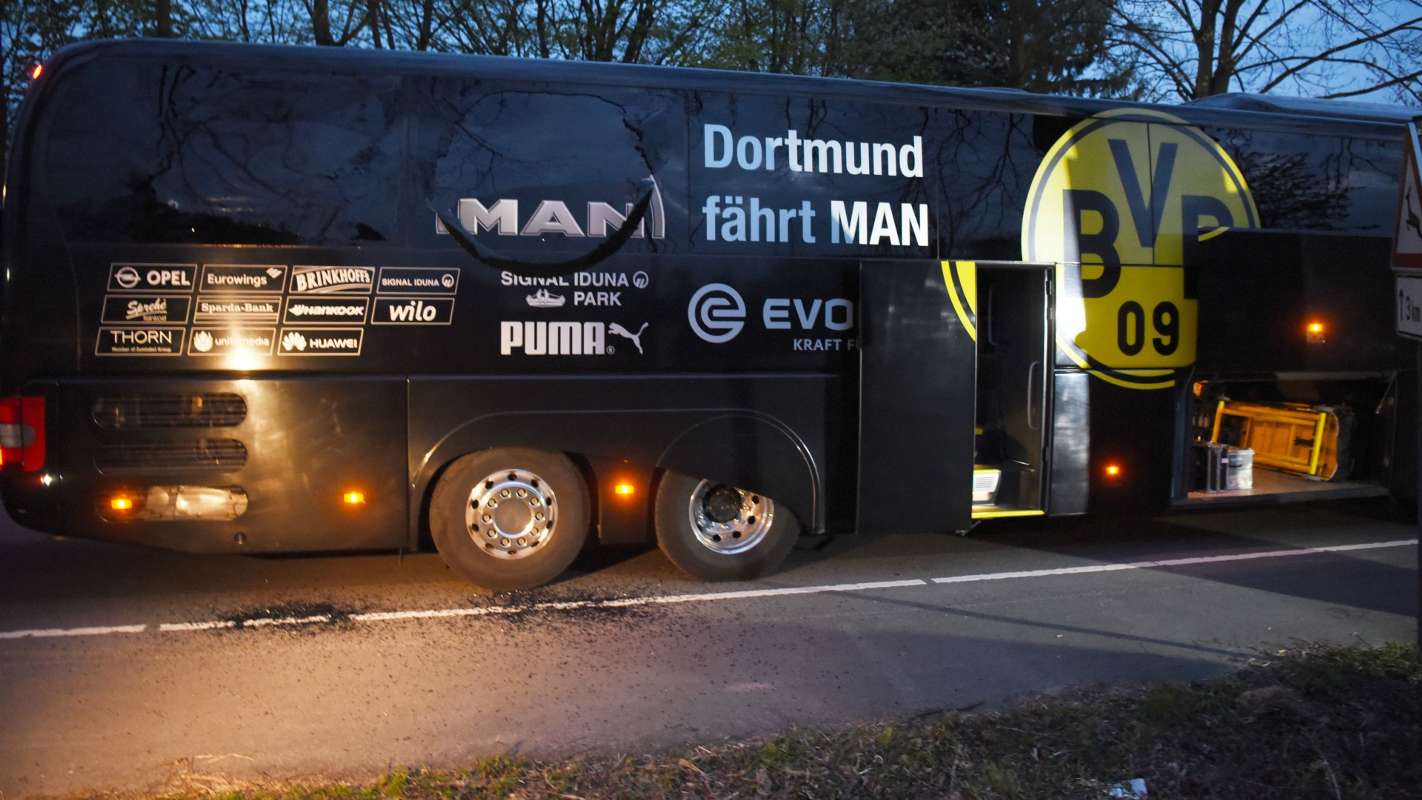 In the trial for the attack on the Borrusia Dortmund team bus, the verdict has been announced: the Suspect Sergej W. has been sentenced to 14years in prison for attempted murder.

A court in Dortmund has convicted the man who attacked the team bus of Borussia Dortmund on 28 counts of attempted murder.

Sergej W, a dual German-Russian detonated three explosives on April 11, 2017, as the Borussia Dortmund team bus was set to depart for a Champions League home game against AS Monaco.

His perfidious motive was greed for money. He wanted to cause a sudden crash to the shares of Borussia Dortmund through the attack on the team bus and thus achieving high profits. In the explosion, many Borussia Dortmund players suffered cuts due to metal fragments which led to traumas. One player who was particularly hurt a lot as a result of the attack was Marc Bartra who now plays for Sevilla in Spain. A policeman also suffered a blast and is still disabled.

The accused had admitted the act in the process but denied any intent to kill.

Ronaldo to battle Mbappe and Griezmann for the player of the year award
BUNDESLIGA: Jordan Torunarigha shines as Hertha BSC beats Hannover 96 2-0 away from home.
Change Language »