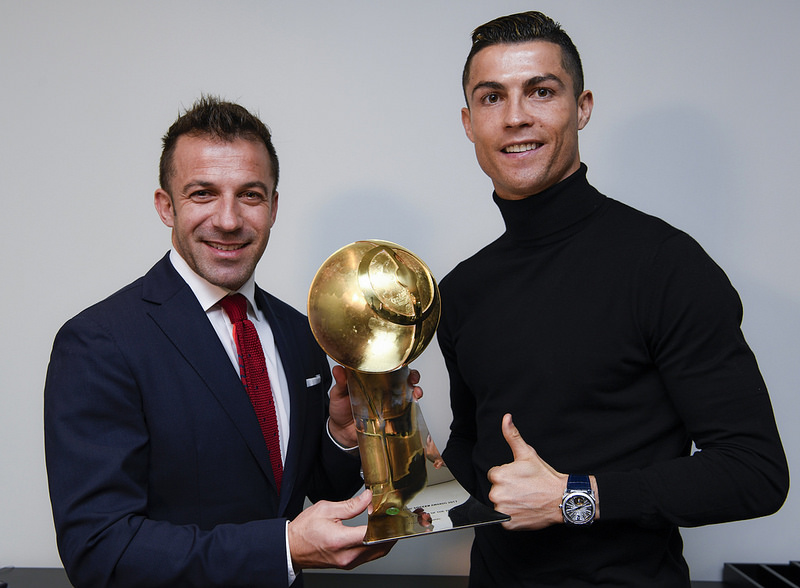 Cristiano Ronaldo, the Juventus and Portuguese icon, and the two FIFA World Cup-winning French star Kylian Mbappé, and Antoine Griezmann of Paris Saint-Germain and Atletico Madrid respectively will fight it out for Best Player of the Year award.

The globe soccer awards, taking place at the incredible Madinat Jumeirah in Dubai is now considered as one of the most prestigious football awards on the planet alongside the Ballon d’Or and The Best FIFA Football Awards. So far, only Juve’s CR7 was able to win all three award titles in one year, a feat he accomplished in both 2016 and 2017.

The Portuguese legend will be eyeing his third Best Player Award for three years in a row, but he faces fierce competition from French pair Griezmann and Mbappé who lit up the world stage by helping France win the FIFA World cup in Russia this summer.

Their fellow countryman, Didier Deschamps, among the tiny elite of 3 who were able to win the World Cup both as players and as managers, is running up for the Best Coach Award, alongside former Real Madrid boss Zinedine Zidane, Atlético Madrid’s Diego Simeone, Jürgen Klopp of Liverpool and Juventus coach Massimiliano Allegri.

Among the other early nominees, super-agent Jorge Mendes will battle it out with Jonathan Barnett and Stefano Castagna in the Best Agent category, while 2018 UEFA Champions League finalists Real Madrid and Liverpool will once again go head-to-head, this time for the Best Club Award alongside Atlético Madrid.