Dennis Aogo reveals why he turned down Nigeria: 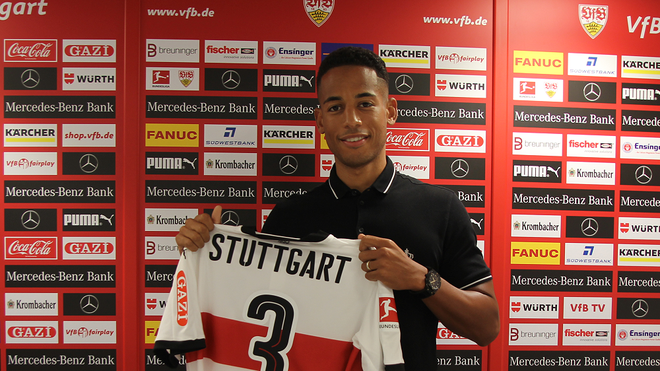 VfB Stuttgart’s Dennis Aogo has revealed why he turned down playing for the Super Eagles of Nigeria via a video he posted on his Instagram account.

Dennis Ago was born in Germany to a German mother and a Nigerian father. He turned down several calls to dorn the Nigerian colours, deciding instead to play for his mothers country Germany. The core reason for his decision, which was till now unclear is now known. Aogo 31, revealed via an Instagram video how his father convinced him against representing his country Nigeria.

Due to FIFA regulations at the time, Aogo could not represent the Nigerian national team having earlier represented Germany at youth and age group levels. But after football’s world governing body FIFA removed the age limit for switching of nationalities, Aogo became free to represent Nigeria if he wanted.

The Nigerian football federation made attempts to get the player, to switch allegiance but the player turned down all the overtures from the Nigerians, choosing to represent Germany.

The player has however revealed the reasons why he turned down calls from the Nigerian national team coaches.

“I could have played for Nigeria then, but after consultations with my father, I decided against playing for Nigeria because till this moment, I have only visited Nigeria once.

“As at that time, we had not so many opportunities to travel to Nigeria to experience my roots as we did not have money. And because deep in my heart, I felt German, I decided to represent German. “(See Video)

Aogo was first invited by then coach of the Nigerian national team, German Berti Vogt, an invitation which he turned down. A year later, he was called up by coach Shuaibu Amodu as Nigeria prepared for the 2010 FIFA World cup in South Africa but the player prefered to play for Germany.

He made his debut for German in that same year 2010 against Malta in a pre-world cup friendly. He currently has 12 caps for the German national team, but if his age is anything to go by, Aogo is unlikely to represent Germany again. He is 31 years old.

EXCLUSIVE- Rafael van der Vaart believes Germany should beg Mesut Ozil to return to “Die Mannschaft.”
Ronaldo to battle Mbappe and Griezmann for the player of the year award