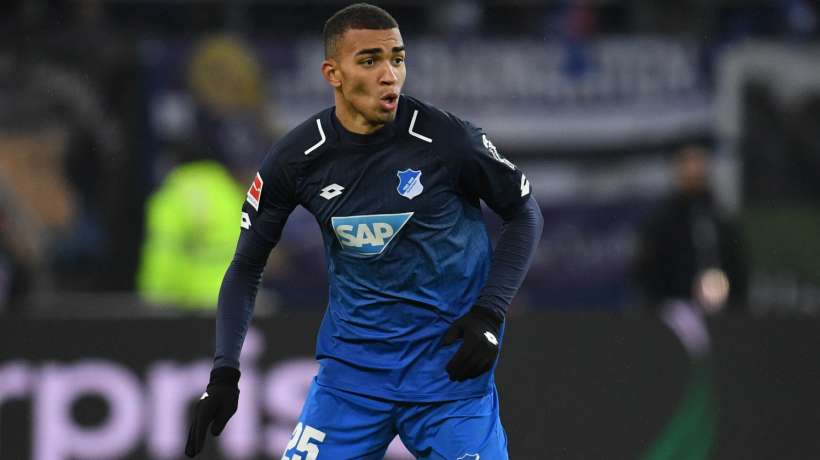 The highly-rated German-born defender Kelvin John Akpoguma, who plays for TSG Hoffenheim in the German Bundesliga has revealed he has not yet closed the door on representing the Super Eagles of Nigeria in the future.

Akpoguma, 21, who captained Germany at the 2015 U-20 World Cup has played for “Die Mannschaft” at all the youth levels, but he is yet to make his debut for the senior national team, making him still eligible to play for the Super Eagles.

Akpoguma was born to a Nigerian father and a German mother, which makes him eligible to play for either of the two countries. But the Hoffenheim defender seems more keen on representing the land of his birth, Germany.

He spoke to omasports in Germany at the weekend, immediately after his Bundesliga side Hoffenheim trounced VfB Stuttgart 4-0 in Bundesliga fixture. 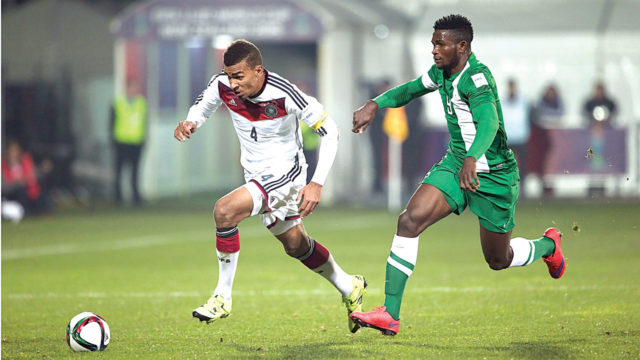 Akpoguma in action vs Nigeria at the 2015 under 20 FIFA world cup.

On if he would ever consider representing the Super Eagles of Nigeria.

“Yeah, I have it in my mind, but the thing is I was born in Germany and have played for all the youth team levels for Germany, I’m still a young player, and I just try to leave the option open to represent one of the countries. But if one Germany is calling me, and I have already represented Nigeria then that option is closed. If I have no options to play For Germany, then it would be an honour to represent Nigeria cause my dad is also from Nigeria. I just want to keep my doors open.”

On his father’s opinion regards which country to represent.

“He said to me, listen to your heart, I don’t want to put any pressure on you, cause it’s a huge and important decision. There are some examples like Kevin Prince Boateng, who said he was going to retire after two World Cups if I decide to play for Nigeria, I always want play every time with love and my whole heart and play my entire career.”

On wether he has even been contacted by any Nigerian national team coach.

“Yeah, Gernot Rohr, he visited us here in Hoffenheim, he talked a lot with me, we spoke on how Nigeria has a strong, young team and I also watched Nigeria at the World Cup, Iwobi, Ndidi. Also, Leon Balogun called me and explained a lot to me.”

The Bundesliga is a global brand- Says Lothar Matthäus
Bundesliga: Peter Gulácsi calls for focus ahead of RB Leipzig clash with Hertha Berlin.