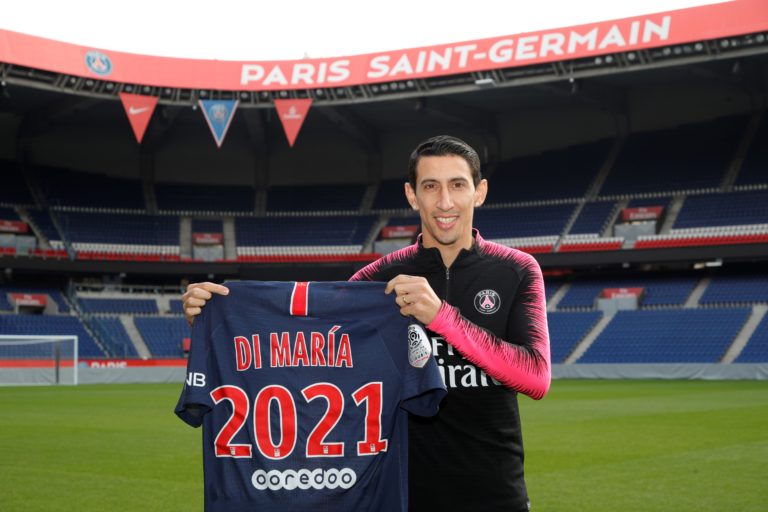 Paris Saint-Germain has announced that Angel Di Maria has signed a two-year contract extension. The 30-year-old Argentina international is now tied to the capital club until 30 June 2021.

After joining the club in 2015, the man from Rosario confirmed his status as one of the world’s best footballers during his first three seasons in Rouge et Bleu.

With the French Ligue 1 champions, Angel Di Maria has played 150 matches, scoring 57 goals and providing 58 assists. In 2015-16, the Argentinian finished top assists provider in Ligue 1, with 18, and was named in the Ligue 1 Team of the Year at the Trophées UNFP.

“I am delighted to have extended my contract with Paris Saint-Germain,” declared Angel Di Maria after signing his new contract. “I have loved the last three years in Paris where I have everything I need to play my best football. Every day I feel honoured and motivated to be a part of such an ambitious project – unique in Europe. Along with my teammates, we have a lot more great things to achieve, and we will continue to help PSG grow as a big club internationally. The support of all those that love this club will help us go beyond our limits and defend our colours with passion and determination. Together, we will experience more fantastic emotions and overcome numerous new challenges. I am convinced that the best is still to come.”

World Cup finalist with Argentina in 2014, Angel Di Maria has earned 97 caps and scored 20 goals for his national team.