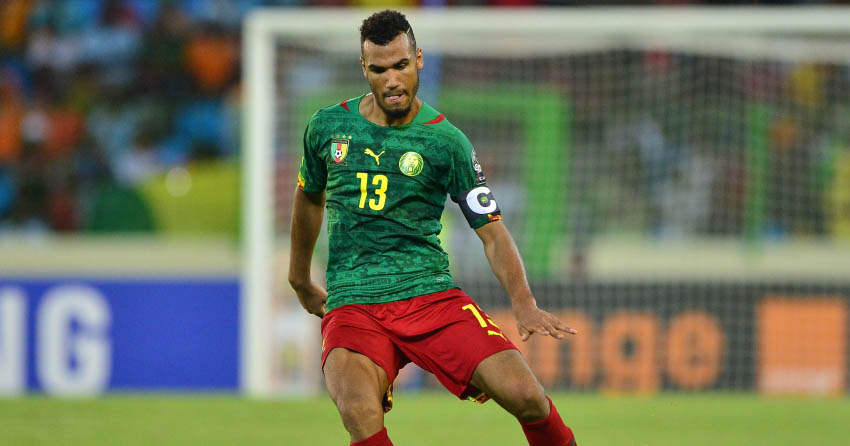 The New captain of the national team of Cameroon, Eric Chuopo-Moting of PSG has expressed his vote of confidence for Clearance Seedorf. The former Dutch international became the coach of Cameroon in August 2018 and had since named Chuopo Moting as captain after former captain Benjamin Moukandjo retired from international football over comments made by Seedorf. Seedorf stated that good young players don’t play in China.

Moukanjo found the comment brash and unfair and announced his retirement especially after being ignored by the Dutchman. For Chuopo- Moting, who scored Cameroons only goal in a hard-fought win against Comoros at home believes having the former AC Milan player and coach as manager will help the indomitable lions regain its position as a top team in Africa.

Speaking to omasports in a recent interview, the German-born striker said: “First of all I think Cameroon is still a superpower in Africa, but we want to do better in the years to come. Clearance Seedorf is a big name, and everyone knows him. He had a successful career as a player, and I think he can help us a lot with his experience. And also as a person, I don’t know too well, but from what I understand, he made a good impression on me. He talks to the players a lot, and he tries to do things better. That’s already a good start.”

Seedorf’s assistant is another former Dutch International, who also had a successful career playing for some of the biggest football clubs in the world. Patrick kLUIVERT. He happens to be one of the players Eric Chuopo Motion was inspired by while growing up as a kid.

“Together with Patrick kluivert, Who was also a huge player, for example me as an offensive player, I looked up to him. He can help us a lot. I think it’s an excellent thing, it’s like a new adventure for us, and I think we have the potential to do very good. We will try to do the best for ourselves and the country.”

Cameroon currently leads group B of the 2018 AFCON qualifiers with 8 points from 4 matches.

Thiery Henry – “Arsenal has a special place in my heart but Monaco is where it all started”.
VIDEO- Lothar Matthäus is impressed by the enthusiasm of Nigerian players, likes seeing their “white teeth.”
Change Language »