VIDEO: BAYERN PLAYERS HAD SOME BEERS AT THE OKTOBERFEST BUT NOT ENOUGH TO FORGET THEIR POOR LEAGUE FORM. 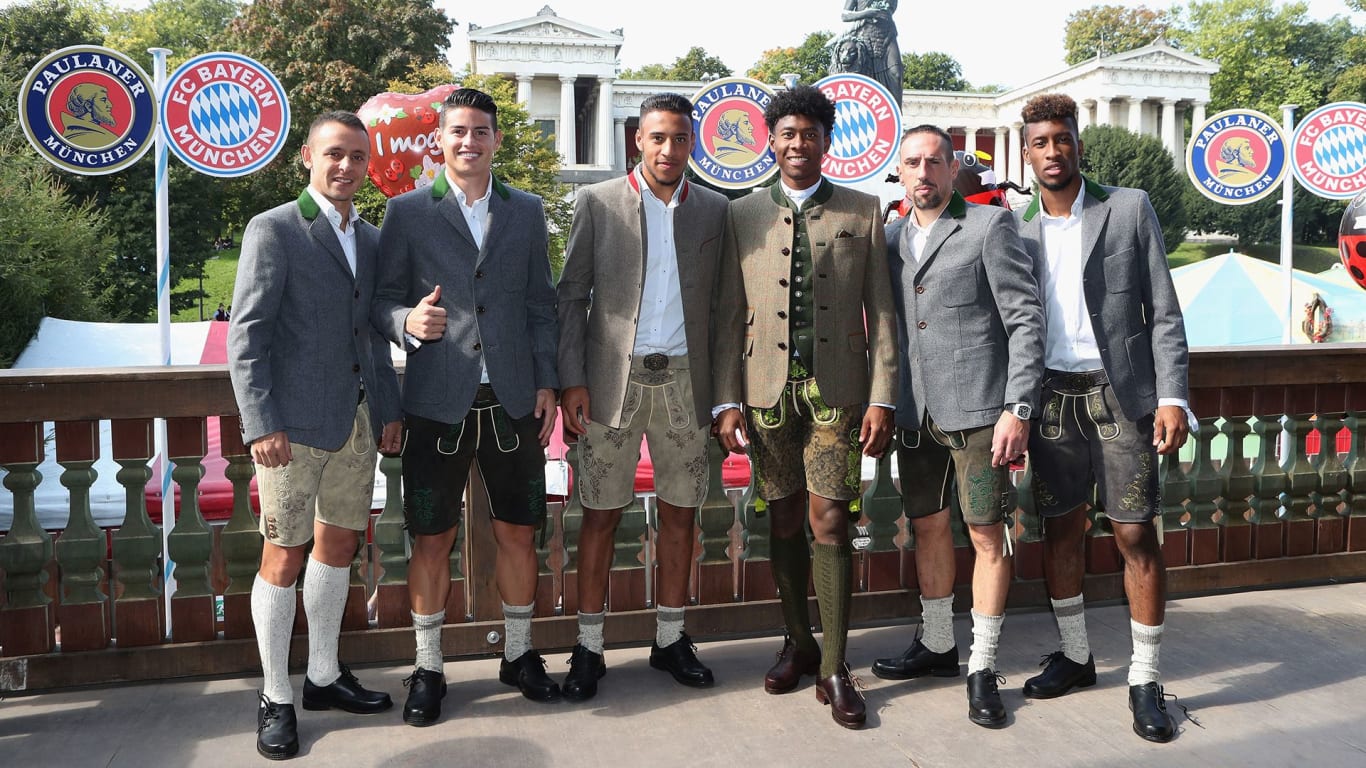 Bayern Munich players attended the annual Oktoberfest, the world’s largest beer festival, and a central part of the Munich calendar since 1810 in Munich on Sunday October 7 2018, but not in their usual celebratory mood, going by the teams recent string of bad results as most of the players had a sober look on their faces.

The record Bundesliga champions were humiliated at home as they lost 0-3 to Borussia Monchengladbach as well as forcing visiting Ajax FC in the champions league to a 1-1 draw in midweek. These results reflect the current state of the German champions.

The manager, Niko Kovac walked into the event looking unhappy having come under heavy criticism owing to the recent poor run of form by his team.

The focus was of course not on the Oktober fest event. Instead, it was on the teams current poor run of form as the players talked more about the team’s current state.

One of the leading figures of the team, Manuel Neuer said:

“Surely there are better days to attend the Wissen, but We know what the situation is, and we recognise how serious it is. We have already talked about it and also analysed it. We are going to think about it during the international break and how we want to go forward. We have to look forward and try to come back on track.”

The Oktoberfest started in the year 1810 also known as Wissen is an integral part of the Bavarian culture as well as for Bayern Munich. One would have expected the players to be in some joyous mood, but that was not precisely to be, but maybe it served as a necessary distraction for a team struggling to find ist ointment.

Defender Niklas Süle believes it could help take their minds off the current “crises” rocking the team.

“We had imagined that the Wissen would be different this time, but it is also not bad that we are here as a bit of distraction is not too bad for us at this moment. We now about two weeks to put ourselves together. We would try after the international break to get to our best again.”

Midfielder Leon Goretzka wished for a better mood. ” I have not seen so much during my short trip here. This is generally my first time here. The mood is a very unusual one, and we wished our mood could be better so we could enjoy the Oktoberfest better.” He said.

Bayern Munich now has two weeks as a result of the international break to regroup and try to find the required results again to put their season back on track.

See video of the team at the Oktoberfest: